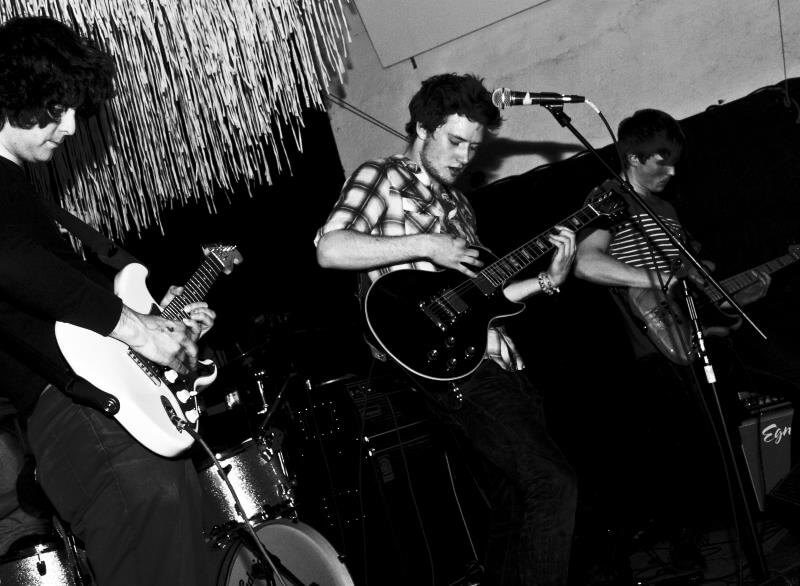 Beginning at the age of seven, Duggan had always been drawn to music, guitar in particular. “My parents got me a guitar for Christmas when I was seven years old, from then on it just took off,” said Duggan. “I was playing in my friends garage for a while then when I went to high school I formed a band, and now I have an all new band in New York,” said Duggan.

Once Duggan picked up the guitar, and saw a monumental concert, his fate was sealed. “When I was 12 years old I saw a Blink-182 concert, and I had to form a band,” said Duggan. “At the time they were the coolest people I’ve ever seen,” said Duggan.

Duggan went to see a show Les Paul was playing at The Iridium Jazz Club, and even brought along his own prized Les Paul Black Beauty guitar. After the show, Duggan got to meet Les Paul in the Green Room of the club where they shared guitar techniques and stories. Les Paul even signed Duggan’s Black Beauty, making it one of Duggan’s most treasured items.

You would think that nothing could top the Les Paul experience, but in October of 2009, Duggan crossed paths with Peter Yarrow of Peter Paul and Mary. Peter Paul and Mary frequented The Bitter End, a venue in New York City frequented by Duggan as well. He kept this in mind when writing songs for his album, and wrote “Sailor’s Hymn” thinking about Peter.

On Oct. 27, 2009, Peter was in New York attending a private dinner party and asked Duggan to come and bring his guitar. Duggan got the opportunity to preform with Peter at this event, and afterwards got a private invite to the star-studded funeral service of Mary Travers of Peter, Paul, and Mary, who recently passed away.

Now, Duggan looks up to the unique talents of Mark Ronson. “If i could collab[orate] with anyone it would have to be Mark Ronson.” said Duggan. "I love his style, the techno dance tracks mixed with rock. I love what he does, his last record was one of the best i’ve ever heard,” said Duggan.

Duggan truly is musically inclined in every sense of the word. He plays guitar, bass guitar, drums, mandolin, ukulele, piano, trumpet, trombone, synthesizer, djembe, conga, claves, tambourine, maracas and is also his band's lead vocalist, but guitar was his first love and his favorite.

Now Duggan is beginning to make his dreams a reality. Through hard work, love of music and the invaluable experiences at NYU, Duggan’s career is skyrocketing.

“College has really played a big part in networking with other musicians in New York,” said Duggan. “I am also learning other aspects of the industry like the business and marketing side and soundboard and studio work. It’s really been valuable to my musical career and in building my repertoire,” he said.

Through the help of his colleagues and his own talent and determination, Duggan is now able to express himself in a style all his own.

Duggan’s music is littered with insane and intricate guitar riffs and bass lines completed with his rock like vocals.

As he builds his career, he is able to look back on moments that make everything all worth it. “ I don’t remember the exact venue, but I clearly remember this one show I played and I looked down into the audience and the stage lights like lit up every face in the audience,” Duggan said. “It was like a sea of reflective eyeballs. It was one of those transcendental moments that will stick with me."

Duggan released his first album in the fall of 2009, Chris Duggan Live at the Bitter End, and is in the process of his next album. The single “ Live for Today” is available for download. The full eight track-long album is to be expected in the spring of 2012. Duggan can be found playing many venues in New York. He frequents at The Bitter End, and has played many other venues in New York including Tammany Hall, The Delancey, The Underscore at Bar East, and most recently The Trash Bar.

Previous Post:College Links: So Close Yet So Far
Next Post:Why Weekend Work is Underrated