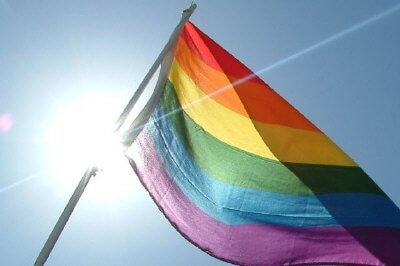 National Coming Out Day: More Than Just One Day

The Internet has been teeming with national holidays. You might have instagrammed an old pic of you and your sibling for National Sibling Day or maybe you hid from Facebook as you saw mushy posts for National Boyfriend Day.

But there is one holiday that deserves some attention.

National Coming Out Day was Thursday. Established in 1988, the holiday serves as a safe haven and a celebration for LGBT everywhere to raise awareness and pride for their sexual orientation and gender identity.

College campuses all over held events in honor of the day. Campuses like Bucknell University in Pennsylvania and City Colleges of Chicago hold events. The Oakland campus of the California College of Arts held a mixer and Imperial Valley College on the border of California and Mexico even raised a rainbow flag in honor of the day. The search term “national coming out day on college campuses” is even trending for Google news.

LGBT issues have been all over the news recently, with topics ranging from Anderson Cooper coming out to a Boy Scout who wasn’t award his Eagle Scout award because of his sexuality.

It’s no surprise then that colleges are at the forefront for advertising National Coming Out Day, as it's often young adults who can be the most active in promoting issues, especially when they are hot topics.

“Since college campuses are usually seen as the breeding ground of larger social change in our country, events like National Coming Out Day tend to be more significant there than any other place,” said Cortland Russell, a student at the University of Florida. “College students tend to be more outwardly celebrating of the day and thus serve as an even more visible reminder of what life could be like if we were all celebrating our own outness.”

Although some universities could be doing more, the fact that colleges recognize the day is a huge step forward from even five years ago.

“I think that any form of recognition that colleges and universities give to National Coming Out Day is excellent and looks different based on each institution,” said Russell. “I really think that it is up to individual students, faculty and staff members to celebrate the day they feel fits them though.”

Russell goes on to point out that though National Coming Out Day is one day a year, the chance to come out or be proud of one’s sexuality is something that should be done every day of the year.

“Being out is a way of life,” he said, “that should be celebrated every day in our own unique ways that give us power and allow others to be empowered by our courage.”

Previous Post:Is That Even Legal?!
Next Post:Girl vs. Monster: CM Interviews Katherine McNamara