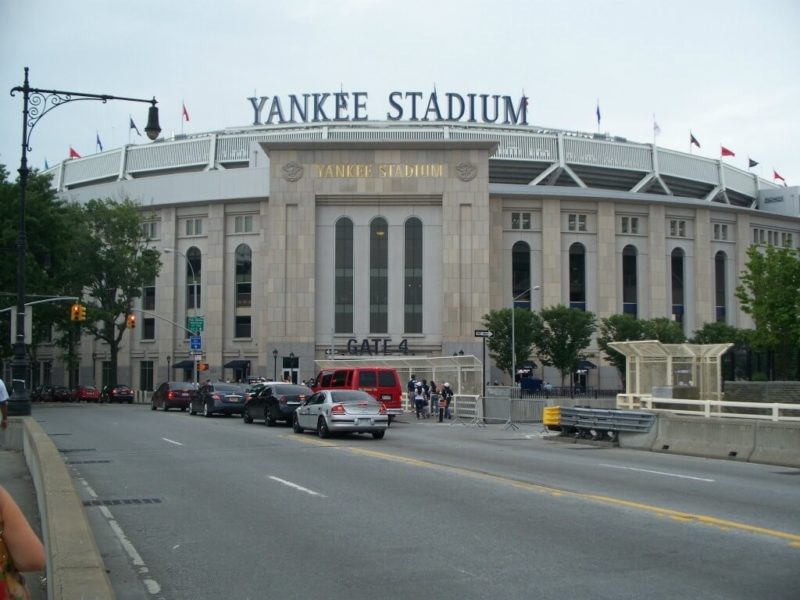 My Stadium Is Better Than Yours-Yankee Stadium

Yea, I’ve heard all the knocks against Yankee Stadium.  It doesn’t have the history the old stadium had.  You have to sell your house to go see a game.  Well, I’m here to tell you that Yankee Stadium is still the best place in the world to see a baseball game.

A trip to Yankee Stadium is truly a total experience, not just a baseball game.  The place is majestic and still retains the character of the old stadium. The outside of the stadium seems to hearken back to the Roman Coliseum while the large banners inside immortalize Ruth, Maris, Mantle and DiMaggio. Lining the top of the stadium is the classic frieze, the lattice pattern that gives the stadium an old-school feel.

Make sure you get to the stadium early, so you can enjoy all facets of Yankee history at Monument Park and the museum. The corridors are very spacious with a ridiculous number of dining options and stand-up bars overlooking the field.

Yeah, the Yankees don’t have a mascot, but New Yorkers always provide great comic relief.  At Yankee games in the past, I’ve seen a fist fights between fans, a man throw his dentures on the field after a home run and even a lap dance.

Despite some of the wily behavior, fans create a game atmosphere that cannot be matched with its electricity and its honesty.  If a player screws up, fans shower him with a chorus of boos. But Yankees fans know how to show appreciation as was evident when Jeter got his 3,000th hit.  The standing ovation seemed to last for 15 minutes.

The game itself contains memorable traditions.  At the top of the first inning, the Bleacher Creatures begin their famous roll call, followed by a wave of appreciation from each Yankee player.  In the bottom of the inning, Bob Shepherd’s voice echoes throughout the stadium the words “Number two, Derek Jeter….number two.” There is a lot of hullabaloo about why Derek Jeter shouldn’t lead off, but there is an incredible buzz around the stadium when he is the first Yankee to come up to bat.

The seventh inning stretch is a tribute to the “service men and women stationed around the globe” as Kate Bell belts out “God Bless America.”  If you are lucky enough, you can see Mariano Rivera trot to the pitcher’s mound at the start of the ninth inning to a standing ovation.  Win or lose, though, you will exit the stadium to Frank Sinatra’s “New York, New York.”

If you’re still complaining about the prices, the day before I went to a weekend game tickets were available for $3. As far as the history, there has already been more history at this stadium than Shea and Citi Field combined.  The Yankees have won the World Series, Jeter broke 3,000 in memorable fashion, A-Rod reached 600 homers, and the Yankees won a walk-off on a day remembering George Steinbrenner and Bob Shepherd.  Stick around and you could see Mariano break the saves record and potentially A-Rod break the home-run record.