My Friend Was My Summer Fling

Summer flings are almost always spontaneous and are meant to be fun. When you come across being in a summer fling, it’s usually with someone you just met and probably won’t see after the summer is over. So what happens when your summer fling ends up being with someone you have been friends with for a while? Sounds perfect, right? You two know each other’s likes, dislikes, annoyances and the best part is, you two are already comfortable with each other. There’s no awkwardness attached. But what happens when your summer fling friend starts to grow feelings for you, or vise versa?

“It was probably the best ‘friends with benefits’ situation ever,” Rebecca Lopez, a sophomore San Jacinto College, said. “Every time we run into each other we just smile. We’re still cool and we had a great summer.”

In some cases, it works out great. I know a lot of people who were each other’s summer fling and then they end up being together after the summer is over. Kind of like the whole, “what I wanted was right in front of me the whole time,” type deal. But sometimes it doesn’t work out like that. I talked with Caitlyn Grover, a junior from the University of Texas, and how her summer fling didn’t end as well as she would like it to be.

“It was a week before we both had to go to college and the next time we would probably see each other was spring break. He told me he was staying at his college during winter break for classes, so I wouldn’t be able to see him for a long while. Anyways, he asked me to come over for our regular movie night. But when I got to his house and sat on his couch, he told me he wanted to talk to me about something.

‘So what are we going to do now that summer is almost over?’ he asked.

I didn’t know what to say. To be honest, it threw me completely off guard. I told him what I felt, that I wanted us to stay friends. We were extremely close and I didn’t want to be anything but friends. I thought he understood that before we would have our casual hook-ups. But he was hoping for something more. 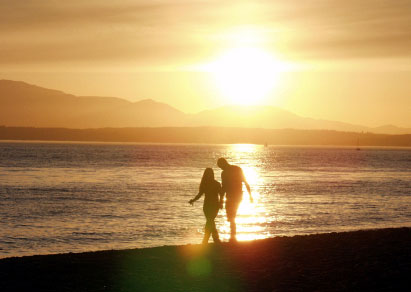 I didn’t stay for the movie, because I couldn’t help but feel bad and guilty when I looked at him. The disappointment I saw on his face… I couldn’t deal with it. He was my best friend and knowing I hurt my best friend, I couldn’t be in the room for that.

If you’re put in this situation and you lost a friend while ending a summer fling, give it some time. Don’t pressure them to be your friend again; odds are that they are just trying to get over their feelings. If you’re the one who developed feelings, don’t sweat it. Take some time away from the person. You never know, you two can be friends again… just not any time soon, unfortunately.

Photos by someecards.com and thefrisky.com

Previous Post:Should You Remain Friends With Your Ex?
Next Post:Eat Healthy During Your Lunch Break