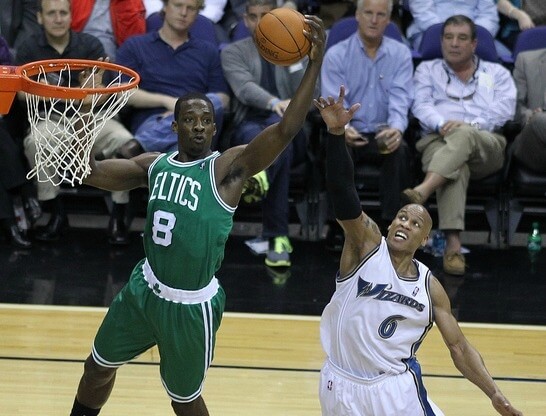 Green is known as one of the top Georgetown basketball players over the past decade. He came to the Hilltop in 2005 after growing up near Georgetown in Cheverly, Md. In 2007, he led the Hoyas to the Final Four after scoring the game winning shot against Vanderbilt in the Sweet Sixteen.

Following a successful junior season, Green left Georgetown for the NBA. He was selected fifth overall by the Boston Celtics and then was traded to the Seattle Supersonics, a franchise that moved to Oklahoma City after his rookie year. In his first year in the league, Green was selected to the NBA all-rookie team. After four years in the league, Green has averaged a solid 13.9 points per game and 5.6 rebounds per game.

When the NBA lockout struck this year, giving all players some extra free time, Green looked at it as an opportunity to not just better himself as a player but also to accomplish other goals.

“Well, I left after my junior year so I figured I wouldn’t have that much to make up in order to graduate so I decided it would be cool to come back,” said Green, who is majoring in English and minoring in theology.

Green enrolled in three courses this fall, an English course, an English independent study, as well as a theology course. “The English was an independent study which was pretty cool, and the theology was with Father Kemp who is the best teacher here at Georgetown,” said Green. In English class, you could always find him sitting in the front row, diligently taking notes.

The Celtic forward didn’t just return to the classroom, he also returned to basketball court, practicing with Georgetown head coach John Thompson III and the Hoyas’ basketball team. Working out with the team helped Green stay in shape and probably helped out the Hoyas a bit too, with the players  getting advice from an NBA-er.

Green was very complimentary of the Georgetown squad. “They are a good group of guys who like to work hard, and they are going to surprise a lot of people this year with their play,” he said.

Of course, the former Hoya still maintains his 2007 team was better. “Even though they would never beat my team from my junior year,” Green added with a smirk.

Green enjoyed his courses at Georgetown, but that didn’t mean the transition from full-time NBA player to part-time student was easy. “It was weird at first but I got used to it,” Green said. “Just sitting in class it the hardest part. And also the age difference is a big part. I don’t know many people here, because everyone in my class is gone so I had to get used to that.”

The hours sitting in class may not have been the most fun for Green but it was all worth it in the end. “I hope to be the only one in my family to graduate [college],” Green said. “I’m very happy I came back because that’s one thing I can cross off on my bucket list.”

During our interview in early December, the term “bucket list” was just a simple phrase, but now it carries a bit more weight. On December 17, Green was diagnosed with an aortic aneurysm and will miss the shortened 2011-12 season. He will undergo heart surgery and should be able to return to playing next year. The news came a week after Green had signed a one-year $9 million contract with Celtics. The news also came two days after his final English paper was due. Clearly money and fame aren’t the most important things for Green. He certainly has a life outside of basketball.

I hope for a speedy recovery for my former 6’9’’ classmate.