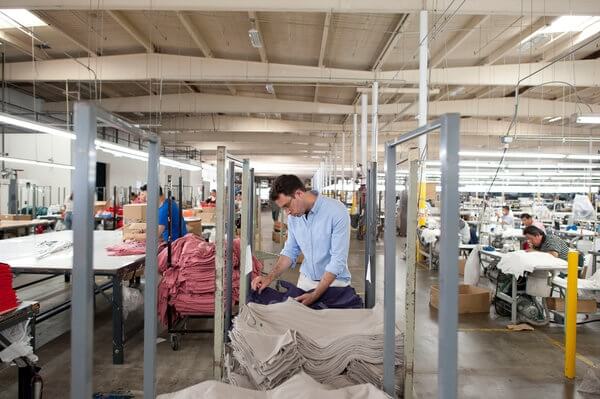 Moving Towards Sustainable and Humane Apparel

It started with food—“You are what you eat.”

That same mentality has now been spreading to clothing. As consumers are realizing they’re also what they wear, more effort is being put into finding out the sometimes-murky origins of the clothes we buy and wear every day.

Companies are taking notice of this trend—many clothing retailers are becoming more open with information on how, where and under what conditions their clothing is being produced, according to an article by the New York Times.

After the collapse of a garment factory two weeks ago in Bangladesh that killed more than 800 people, the issue of proper working conditions has recently resurfaced and “added urgency” to the matter, the New York Times reports.

A study conducted last year by the Massachusetts Institute of Technology and Harvard University found that people were willing to pay more for apparel that was produced by fair-labor practices.

“There’s real demand for sweat-free products,” says Ian Robinson, University of Michigan lecturer and research scientist. According to Robinson, consumers are starting to look for more information about the clothing they buy.

And many companies are starting to listen. Nordstrom said it was considering providing consumers with information on its humanely produced clothing, and online boutique Everlane recently added photos of their factories and production processes.

“I think the tragedy in Bangladesh showed that the whole image of dirty, corrupt sweatshops is still a reality in many parts of the world,” says Bobby Heghmann, a Boston University sophomore studying film and television.

The Sustainable Apparel Coalition, founded in 2011, has been testing environmental sustainability through the Higg Index, but plans to add social and labor measurements as well. The coalition was created in order to standardize sustainable and fair labor production practices in the apparel industry. It includes companies like Target, Wal-Mart, Nike, Gap, and J.C. Penney.

The current Bangladesh tragedy is unfortunately neither the first nor the last. Factory fires are relatively common in the country; a single factory fire there killed more than 100 people last year, and another fire in a factory used by Target and Gap killed 30 people in 2010. Just this week, another fire killed at least seven employees.

The problem, however, is that although consumers want to know where their clothing comes from, many won’t apply these concerns to their purchases. “It’s ironic because we’re not usually in that socially-conscious mindset when we shop…it’s about money,” says Heghmann. “We complain about expensive clothing, especially as college students. The cheap stuff is what’s usually not made as ‘safely,’ but that’s what sells.”

Photo from nytimes.com and businessinsider.com