With almost every Major League Baseball team opening up their seasons today comes a renewed hope that is almost certain to be shot down for most teams by the All-Star break (cough, Orioles, cough). We all know what we are going to get from teams like the Yankees, Angels, Phillies, etc . But what teams are flying under the radar? Here are my sleeper teams for this year’s MLB season.

In the division which has made claim to the American League pennant each of the last two seasons, the Angels now join the Rangers as two of the A.L.’s top teams. But nobody is talking about the A’s who made a huge splash in the offseason . They added Cuban defector Yoenis Cespedes who has already homered (granted, it was in Japan). And if Dallas Braden can stay healthy and Bartolo Colon can get near his 2005 form, they will be a tough out in the competitive AL West. The Nationals are loaded with a plethora of young talent that could really surprise some people. Stephen Strasburg should return to the form that made him a rookie sensation, and Jordan Zimmerman, John Lannan, Gio Gonzalez and Brad Lidge are some great supporting pieces to comprise a solid pitching staff. Then there’s the buzz of the town, Bryce Harper, who should be called up by season’s end.

It may be too much to predict that the Nationals will make the playoffs this year. They play in arguably the toughest division in baseball, so a postseason berth will be tough. But the Nats will get there by 2015.

It’s hard to believe that the Sox are “under the radar” or a “Cinderella,” but this year they are. Many experts are picking the Yankees and Rays to represent the A.L. East in the postseason, and Boston seems like an afterthought after their monumental collapse at the end of 2011. 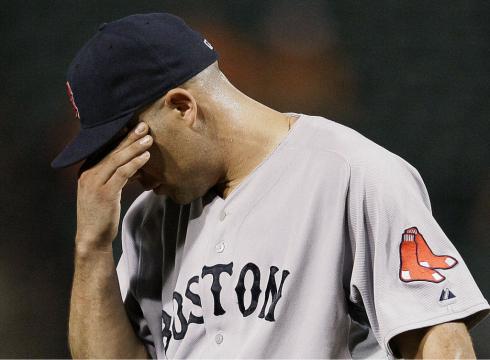 I am here to tell you that the Red Sox will be back, and they will be as strong as ever. If you just take a look at their roster you know why they are so good. Carl Crawford will have a stellar 2012 campaign and will win the Comeback Player of the Year. Their infield consists of Adrian Gonzalez, Dustin Pedroia and Kevin Youkilis – three offensive giants. They play in the best division in baseball, but they will come out of it unscathed.

Previous Post:Thatâ€™s a Wrap: The CWâ€™s One Tree Hill Says Goodbye
Next Post:Copenhagen 2012: Just Go With It