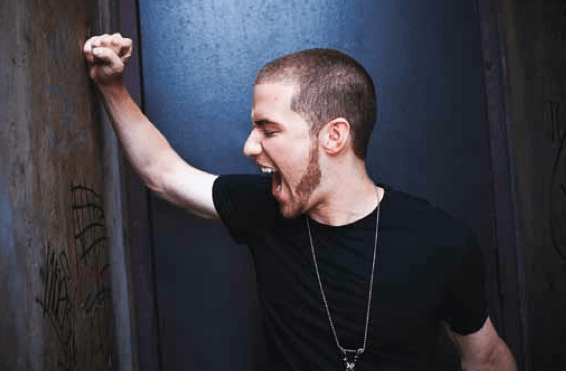 Mike Posner is Cooler Than You

It’s 2 a.m. and Mike Posner’s fingers dance over his keyboard. His Apple MacBook is poised, ready to record his latest track, when campus police knock on his door. Liz from the room above called in a complaint: loud music keeping her up again.

“No, no, you got the wrong room,” says Posner with a straight face.

“Listen, man, we know it’s you. You gotta turn this sh-t down.” They shuffle back down the dormi- tory hall. Posner pauses, and then resumes recording. He won’t stop until 8 or 9 a.m. Liz can invest in ear plugs.

Mike Posner’s recording schedule might be unorthodox, but not much is con- ventional in the life of this 22-year-old Duke University—Class of 2010—graduate, who just watched his first single, “Cooler Than Me” climb to the number six slot on the Billboard Hot 100 chart in May. That same month, Posner opened up for Drake in Los Angeles the night before he walked at graduation, and days before his commence- ment he was on stage at Bamboozle in East Rutherford, New Jersey, in front of a crowd of 60,000. All this after he signed a record deal as a junior and completed college a semester early with a sociology degree and a 3.6 GPA.

“For eight or nine years it was just…a dream,” says Posner, reminiscing about teenage years spent selling cheaply- produced beats to Detroit drug dealers. “Nobody really saw that dream except for me, and I had to believe in myself and see it through.”

Yet, no 13-year-old could rightly predict that nine years down the road he would have released two mixtapes, have a debut album dropping just three months after his college graduation, and boast a Facebook follow- ing of more than 140,000. No, all Posner knew was that he needed a keyboard.

So that’s what his parents bought him while he was in junior high, not realizing they’d given up any hope for a doctor or lawyer son in the process. “They’d always yell at me to get a real job and figure some- thing out. After I signed the record deal I told my mom, ‘I’m going to the basement to work,’” says Posner, enunciating his last word like a Scripps National Spelling Bee contestant.

For virtually all of high school and his first two years at Duke, that “work” stopped at the basement door (or on Detroit’s corners). He was eventually able to sell one beat, though, to rapper Big Sean, who signed with Kanye West’s label, G.O.O.D. Music, in 2007. Posner had met Big Sean while intern- ing at a hip-hop radio station in Detroit, and the rapper became Posner’s contact inside the music industry. “There was nobody else in Detroit really making any moves,” says Posner. “Every time Sean would open up the door a tiny little bit, I would try to force my way in.”

Posner thought the door opened wide the summer after his sophomore year. While in New York City for Kanye West’s Glow in the Dark Tour, Big Sean phoned Posner to let him know there was a chance to meet West following the show the next night. Posner—broke and on a family vacation in his native Michigan—booked a flight to New York for 6 p.m. the next day.

“I remember I was in the lounge in the studio, and I could hear through the wall that Sean was playing one of me and Sean’s songs called ‘Who Knows’ for Kanye,” says Posner.

In the elevator afterwards, he cornered West.

“Honestly, man, I didn’t really like it. Maybe for another artist, but not for Sean,”

Posner pauses, reliving the dejection and disappointment: “My heart just dropped, man. Like, what the f–ck, you know?”

The setback left Posner with new sense of purpose. “Nobody wanted my songs because there were no artists out there that could really pull off the lyrics I was writing. That’s when I realized if I wanted stuff to sound the way I wanted it to, I was gonna have to be the one to do it.”

It sounds cocky, but Posner’s voice is easygoing and relaxed as he says this. He’s quiet, confident, matter-of-fact, and he’s earned that right because before college he’d never sung at all. It was West’s dis that motivated Posner to become an artist, not just a producer. And it was at Duke, in a dormitory room, where Posner sang, pro- duced and recorded his first two mixtapes, A Matter of Time (February 2009) and One Foot Out the Door (October 2009), and adopted his (and Liz’s) unusual sleep sched- ule: Wake up. Class from 11 a.m. until 5 p.m. Dinner. Sleep from 7 p.m. until midnight. Cut tracks from midnight until the morning when class beckoned again.

Weaving together musical influences from Motown to Rage Against the Machine, Posner’s mixtapes were innovative, infec- tious and catchy. He convinced the person in charge of Duke’s iTunes U (an Apple ser- vice that allows professors to post lectures for free) to upload his mixtapes. Within just a few months, students nationwide were cre- ating buzz for Posner’s music via Facebook. Soon, colleges like Michigan’s Wayne State University and Ohio’s University of Dayton called, looking to book him for perfor- mances. Naturally, inevitably, Jay-Z flew him up to New York during finals week to offer him a recording contract.

“I played the same exact track for him [‘Who Knows,’ the one West let finish but didn’t think was the best of all time] and he kinda flipped out and offered me a record deal,” Posner’s voice peaks at the end, savoring how utterly surreal this sounds.

Ultimately, though, he signed with J Records, not with Jay-Z.

“I just had to pick the people that understood my music the best and under- stood who I was as an artist. And I couldn’t be happier with my decision now.”

Posner finished his course work a semester early in 2009 to open his final semester for shows. That spring, he shared the stage with Drake, Wale, N.E.R.D. and 50 Cent, among others. This summer, he performed along- side Andrew W.K., Motion City Soundtrack and more on the Vans Warped Tour. Right now, he’s on a 23-city tour promoting his debut album, 31 Minutes to Takeoff, released August 10.

Success has come at Posner pretty fast, but he doesn’t consider himself a celeb- rity just yet. “I don’t know, man,” he starts, laughing, “I’m just making music…and if I can make people happy, then that’s my job, and I don’t really care what you call it.”

That’s a refreshing perspective from an artist whose first single, “Cooler Than Me” has more than seven million hits on
YouTube. He’s got his share of haters, of course, like one YouTube user who calls him “a total douche bag [sic].” Or the one who adamantly protests, “What complete sh-t. What’s happened to music?” Not to men- tion Sean Fennessey of The Washington Post. He calls Posner a “wunderkind” who, on his debut album, “too often…simply acts his age” and “outgrows expectation.”

Posner is quick to respond: “Man, I don’t read comments on the Internet.” He pauses again, before the confidence reas- serts itself, the side of Posner that has no patience for people who think they’re cooler than he is.

“More than anything,” he says, “it’s a sign that you’re doing well. Because when I first started off I didn’t have any haters for months and months. So I’m actually proud. It’s like a rite of passage.”

What you Really Wanna Know IS…

Now that you’re more well-known, do you have more girls coming up to you?

Yes, I do. But I’m a relationship dude and I’m just trying to find that special girl for me.
What can people expect from your new album?
There’s 12 songs on the album…and I love every single one from the bottom of my heart. and people can just expect a really great album that I don’t have to think twice about putting my name on.
What is your single “Cooler Than Me” about?
It’s about a specific girl and a specific type of person at the same time. But she shall remain nameless. I don’t think she deserves any notoriety.
So, uh, that girl from your video for “Drug Dealer Girl”?
Rosa acosta from the Dominican Republic. and she’s incredibly hot. turns out one of my friends was dating her. and I gave her a call and I asked her [to be in the video].
And “that sh-t that helps me write my songs” is…?
I was definitely talking about special brownies. I don’t actually smoke that much anymore because I have to sing so often. I’m more of a brownie guy nowadays. Regular brownies or special brownies, whichever way you wanna cook them, I’m down.
FacebookTweet
Life

Previous Post:State Radio is Saving the World, One Stage at a Time
Next Post:MTV VMA’s 2010