MGMT’s set list was a healthy mix of the material from their first album Oracular Spectacular and second album Congratulations. They came onstage while the instrumental track “Lady Dada’s Nightmare” from their second album played. One thing that struck me about the beginning of the show was the psychedelic animation display projected on the back of the stage. The size of the screen was big enough to make the animation mesmerizing, and given the “psychedelic” billing that the band has had over the years, it seemed fitting.

As far as the live performance went, MGMT showed an okay presence. They are not a band known for wild stage antics, and they simply said few things to the crowd then played their songs. This is not necessarily a negative approach, but some in the crowd seemed to think they “did not seem they wanted to be there” or “they seemed tired out.” Onstage attitude is really up to the artists, but it could have helped for them to show their playful side, especially in front of an excited college crowd.

The real beef of the show came down to the songs the band played. Crowd pleasers like “Electric Feel” and “Time to Pretend,” as well as lesser known tracks like “Flash Delirium” and “Alien Days” were included. They also played “Mystery Disease”, a track that they had debuted few days before.  However, the crowd wanted them to play perhaps what is their most well-known and catchiest track: “Kids.” When they “stopped” playing and it was obvious that they were going to be back for an encore, the restless college students started to chant: “We want ‘Kids’!”

MGMT kept the crowd hanging and played two tracks from their sophomore release: “Siberian Breaks,” a 12-minute jam, and “Congratulations”, a slow and chill tune. Both songs, in my opinion, were performed very well. During “Siberian Breaks”, the extended psychedelic part of the song was amplified thanks to the mesmerizing synth loop (it also helped that they kept displaying trippy animation on the big screen) to a very cool effect.

Despite all that, a good amount of the crowd was left disappointed due to their omission of “Kids.”  Do I agree with the crowd?  Not necessarily.  “Kids,” I admit, is the song that got me hooked on MGMT my senior year of high school.  But the fact that it went unplayed did not ruin the show for me. There were plenty of exemplary aspects from the show and it would be shallow to assume that those would go to waste because of one oversight. Also, based on the style of their new track “Alien Days,” the band is heading more toward a psychedelic chill rock/pop feel than the dance-y electronic sound of Oracular Spectacular. It did not surprise me a bit that they did not play “Kids,” a song simply not of the style that they are aiming to write anymore.

Overall, it was a decent set; there were good amount of psychedelic sounds and visuals and good mix of their songs from the past and present. However, the discordance of what they wanted to play and what the college crowd wanted made it an imperfect show experience.

Check out some photos from the show below: 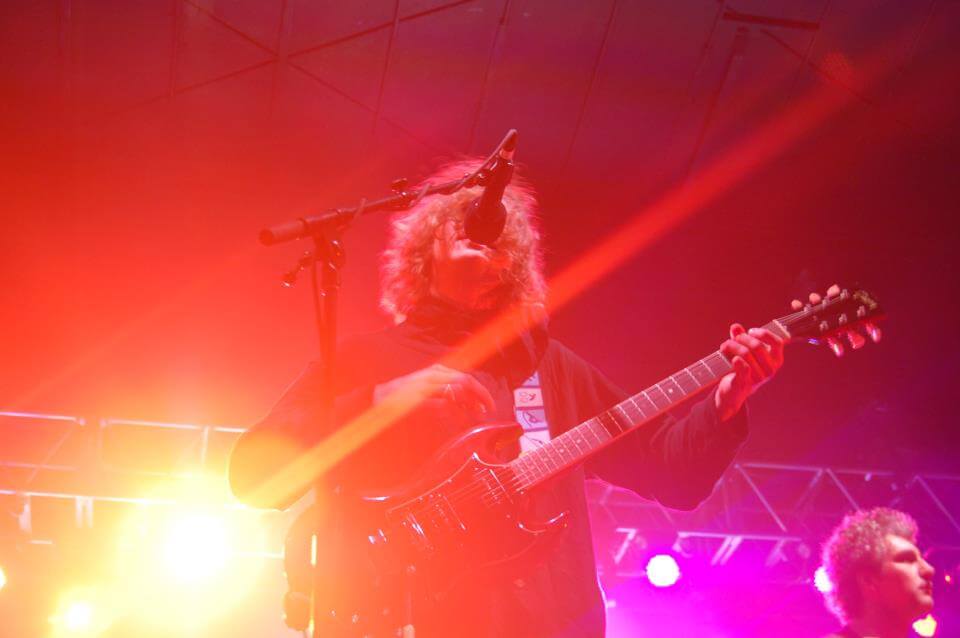