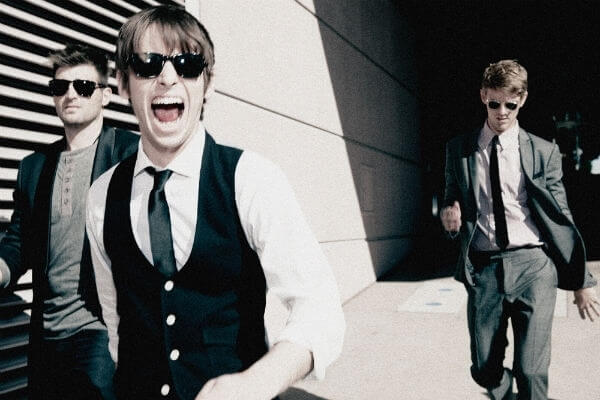 Mastering the Symphony of Social Media

Whether on vinyl or CD or MP3, music is constantly transforming with an ever-increasing digital industry. “Making it” during this age is no longer solely based on a pretty face and catchy tune. The Internet is the venue for going viral and social media is the key to making it happen. If you're a singer or in a band, check out these five tips to provide intriguing and constant content, engage with followers, and balance the promotional with the personal.

1. Use social media. Whether the network is Twitter, Facebook, or Google Plus, provide fresh, personal content that speaks for an artist as an individual and a musician. By creating a guide to this technology galaxy of social media, we analyze how successful new artists are cultivating powerful online fan bases that truly listen to their music.

2. Content is the key. Sometimes a band will have only 30 seconds to answer interview questions on television. Sometimes there is a limit of only 140 characters. Either way, the publicized content must pack a punch. Say everything that needs to be said in an interesting, yet articulate manner.

Social media business strategist Nate Riggs said once musicians start using Twitter, it becomes less about promoting a brand and more about talking to constituents. Lady Gaga is a main example, unifying her audience “Little Monsters.” She is one of the most influential music masters of Twitter with 15,687,392 followers. By branding the listeners of her music, she increased their own identification and affinity with the music.

3. Don’t be a robot. Avoid flat, obvious, and annoying promotions through social media accounts. Not only does the content begin to look like spam, but followers will quickly lose interest and stop reading. Most significantly, they will stop clicking on your key factor – links. Instead of tweeting “MY NEW SINGLE!!!! www.clickthis.net”, promote with honesty and integrity like Lady Gaga, “Thank you to Studio of PACO RABANNE for dressing me in their Paper Garments. Here's my performance of MARRY THE NIGHT: http://bit.ly/tUlQ5X.”

4. Build a relationship with followers. Start engaging immediately. Riggs poses the main question, “Now you’ve got all these followers, how do you talk to them?” Hip-hop artist Lerix released his first EP in 2009, and has been using social media and technology to build and connect with a fan base ever since. He not only will respond to followers on Twitter if he sees they’ve contacted him, but he will also reach out to share his interests and explore his audience’s.

How do you ride the wave of Internet popularity without becoming a one-hit wonder? “You engage. That’s where I think a lot of people fall away,” Riggs says. “Suddenly something goes viral or suddenly you get a lot of retweets, and everybody’s talking about you. You think ‘Oh my god, this is great,’ and you forget that every single one of those people is an individual.”

Feed off of the viral response to a song or tweet. “You’ve dropped an object on the web that has resonated and those ripples are created. If you keep feeding those ripples on a one-by-one basis, it actually spreads farther,” Riggs said.

The most important element in all the above factors to a successful social media presence is balance. Don’t get plugged into a category, but instead branch out to different areas of industry. How else can one Mother Monster communicate with more than 15 million Little Monsters? Share elements of daily life, respond to inquisitive followers, provide interesting links related to the industry, and use social media as a vehicle, not just a tool.

Previous Post:65 Days Till Spring Break: Underground Parties in Europe
Next Post:The Good, The Bad And The Famous