You are here: Home / Life / Making the Most of Your Second Life

I often feel as if I’ve started multiple “lives” throughout my entire life. Three significant experiences in my life made me feel as if I had to start all over from scratch. First, adjusting to a new home when my parents got divorced at eight years old, then adapting to the rural life of Wisconsin and the separation of my closest friends I left back in Chicago gave me a clean slate.

And I failed to make the most of what was in front of me.

My most recent and current life began when I got accepted to my dream school, the University of Iowa. Although at this point I had a few different “lives” under my belt, the fact that I had to do it on my own this time around made me see higher stakes.

When leaving for college, you have to ride out the long haul on your own. My parents dropped me off, helped me move my things into the dorm and then left. I found myself alone. I had the foundation of connecting with my roommate through text before we moved in together and I also had two good friends from high school on my campus, yet I somehow still managed to feel alone.

When my roommate invited me out with her friends, I typically had no desire to go out and party. I found myself meeting nice people in my classes but never reaching out outside of them. I allowed my homesickness to physically paralyze me from enjoying all the amazing opportunities presented.

A quarter through the first semester I thought I found my purpose. I met my first true love and invested everything I had into the relationship. I went straight to his apartment every day after class and spent each night there. It wasn’t long before I stopped seeing my roommate and the few others I met along the way entirely. For the past year and half we promised each other we were going to live together and that he was going to stay in Iowa City so that he could support his younger brothers coming here for college. About a month ago he told me his plans of joining the Marine Corps after graduating in the summer.

Initially I felt betrayed. Not only was I confused and surprised by his decision but I saw all our future plans fall apart right before my eyes. This was the first moment being away at college that caused me to completely shut down. I could only think about what this new kind of life alone again would mean for myself personally and us as a couple. I imagined waking up without him by my side and spending late nights in library studying unaccompanied. I thought about all the stories I’d gather throughout the day with no one to tell them to.

Attempting to plan for the year ahead, I realized I had nowhere else to live either. All of my friends already had roommates and signed their own leases. It was too late in the year to take any other action than to get my own place and to truly live on my own for the first time. The unpredictability of our relationship and my future seemed to make this experience more difficult to cope with than when I went away to college the first time. Asking myself how I would spend my late nights, who I could hang out with and what hobbies I should invest in enlightened me.

While I resented the fact he never told me this lifelong dream of his at first, I also realized that I had this newfound chance to live the exciting college life I didn’t take hold of the first time around.

Although I don’t know what might happen down the road, I do know that I will write him letters as our only source of contact over the next four months while he is in basic training and I do know that my journey will continue on with or without him.

If you’re going to take anything away from my mistakes, don’t let yourself get lost in the things you think you want in the moment. You don’t want to look back at all those experiences you could have had, all those A’s you could have pulled if you just tried a little harder and all those people you could have met had you given them a chance.

Invest yourself in a quality group of people, be open to new experiences, and embrace all the amazing and shitty things college has to offer (even those late nights you spend studying for an exam and working on a paper to Turnitin at 11:59 when it’s due at 12:00). Trust me, you’ll learn some pretty great things about your own strength and meet some of the best people…but in order to do that you must let yourself be open to change and to college. 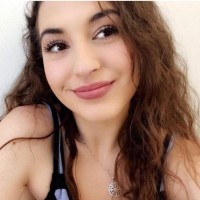 Lily is a junior studying English and creative writing at the University of Iowa. In her spare time you can either find her with a book in hand or watching a documentary on Netflix.

Make Your Fairytale Ending, Even If It Takes a Seven-Hour Drive to Tally
Next Post: 15 DIY Projects to Decorate Your Dorm With Your Own Designs