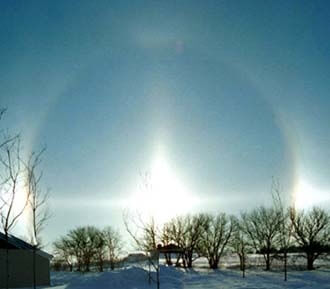 As many of you may (or may not) know, the winter solstice is next week. According to Wikipedia, it “occurs exactly when the axial tilt of a planet's polar hemisphere is farthest away from the star that it orbits.” That’s a really fancy way of saying “it’s the shortest day of the year,” usually falling on December 21st or 22nd (the 22nd this year). In addition to being the shortest day, it simultaneously has the most hours of night.

Here are a few ideas for how you can make it through the extra long night:

1.) Volunteer at a soup kitchen

Seriously though. Instead of tweeting about ‘#firstworldproblems,’ go out and give back to the community. Just because the day is short doesn’t mean people aren’t still hungry. With that logic, students would also be less bored on half days of school and Chipotle wouldn’t even be half as delicious as it is.

This only applies to those of you who were lucky enough to receive your Hogwarts letters on your 11th birthdays. Wait a second, is there even a Triwizard Tournament this year? According to my math, the next one isn’t until 2014. It can’t hurt to find a date three years in advance though, right?

Well, yes, if you’re a Barney Stinson wannabe or Mr. Stinson himself (in that case, it’s such an honor to have you reading this, sir), you’ll want to take advantage of the extra hours of night in order to attempt picking up ladies from the bar. Considering it’s the holiday season, your chances of success are much higher. Those girls on the naughty list know they’re getting nothing but a lump of coal for Christmas, so they’re not going to be holding back.

But what I actually mean by this is if you’re an aspiring vigilante who simultaneously is a college student (here’s looking at you, Peter Parker), you have a long night ahead of you. While there may not be many crimes that are violent in nature, shoplifters run rampant during the holidays. So superhero suit up, tell your friends and family you’ll be at the soup kitchen and pound down a couple of Red Bulls. Speaking of which…

It’s no secret that college students revel in Thursday night festivities, commonly dubbed as “Thirsty Thursdays” (for any moms or dads reading this, I’m terribly sorry you had to find out this way). So, considering Thursdays are named after the god of thunder/one of the Avengers (Thor’s-day) and this is an extra long night, my advice to you is to make like Thor and get hammered. Or you can have a Loki (low key—see what I did there?) night and…

Scrabble, Mouse Trap, Monopoly (if you have the patience for it), even something simplistic as Uno or Go Fish! All of these are excellent choices for ways to bond with the family after a semester’s absence at college. And if you’re feeling especially risky…try getting into Trouble!

Fright Night, Paranormal Activity and Justin Bieber’s Never Say Never are all decent enough places to start. Or, considering it’s the holiday season, you could watch one related to this time of year: Black Christmas, anyone?

7.) Do some last minute holiday shopping

Whether it’s for Hanukkah, Christmas, Kwanza, or the winter solstice (believe it or not, it’s an actual holiday celebrated by Pagans, if you didn’t already know), odds are you’ll find some killer deals for that special someone. Oh and, on your way out of Walmart or Best Buy, be sure to donate a dollar or two to the Salvation Army representative waiting outside.

No, not an e-Book on your Kindle—an actual book. By the fireplace, in the bathtub, on the roof, under the covers, wherever you feel most comfortable at reading. I’d like to see a kindle be that versatile.

Or you can do the opposite of Nike’s gospel and do nothing (unless ‘it’ was really ‘nothing’ in for you, in which case keep ‘it’ up). You’ve worked hard for three months of college, you deserve a night or nine off to do absolutely nothing but sit around and eat.

But who am I kidding? Most of you will spend your waking hours on Facebook.