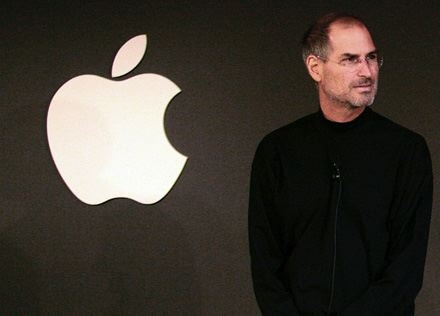 Loss of an Icon: Steve Jobs dies at 56

An innovator and pioneer of modern technology, Steve Jobs, has passed away – definitely before his time – at the age of 56. Jobs was considered an American icon for his development of the Apple brand which included personal products services such as the iPod, iPad, iPhone, Macintosh computer and the iTunes music store.

Jobs’ death was the result of a long battle with pancreatic cancer that caused the CEO to step down from his position this past August.  He leaves behind four children and his wife, Laurene.

Upon is death it is expected that Jobs will be compared to the likes of his idols including Henry Ford and Walt Disney. Jobs had once said of Disney and his influence on Jobs’ work, “Computers are commodities with a six month shelf-life; classics like snow white and Fantasia are passed from generation to generation.” That is exactly what Jobs created with the Apple brand.

Since its founding in Jobs’ parents garage in 1976, Apple has made its way into the homes and lives of millions of people worldwide – young and old. Because of its ‘”groundbreaking design and style” and “technological usefulness,” Apple products became “ objects of intense desires by consumers all around the world.”

Having grown up simultaneously with the growing success and popularity of Apple, our generation interacts with these impressionable products on a daily basis. An “Apple girl” myself, I find that I could not survive without my MacBook Pro or my iPod, something I am positive many other students can relate to. Jobs’ extreme ingenious in developing not only the products of Apple but the entire brand is something that will not die with the passing of its father and is sure to only continue on the upward climb it has started.

Bill Gates, one of Jobs’ fiercest competitors and founder and CEO of Microsoft said the following of Jobs: “The world rarely sees someone who has had the profound impact Steve has had, the effects of which will be felt for many generations to come. For those of us lucky enough to get to work with him, it's been an insanely great honor. I will miss Steve immensely."