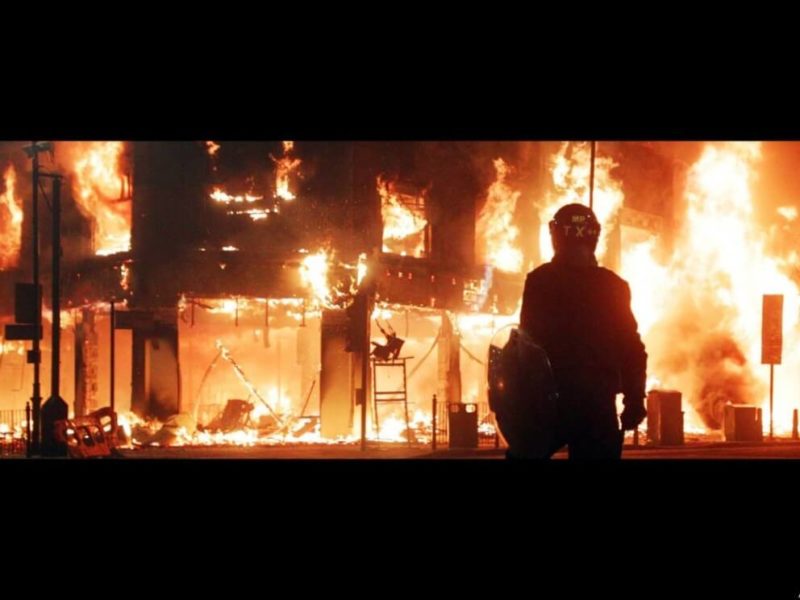 The violent looting and riots, primarily fueled by youth protestors, persisted and worsened through Monday. According to the Washington Post the violence, police encounters, looting and fires that broke out in London over the weekend have escalated, moving into new neighborhoods outside of London including towns close to areas being built for the 2012 Olympic Games.

The Metropolitan police called in reinforcements from police outside London and have thus far arrested some 250 people. Many have blamed police brutality for the riots that spiraled out of control on Saturday night after a black resident in Tottenham was shot by police investigating gun crimes. A reporter for the Washington Post, Anthony Faiola reported from London that “in the worst bout of urban violence to hit Britain in more than two decades, parts of London morphed into lawless no man’s lands.”

As the riots worsened, Prime Minister David Cameron did not return from his vacation in Italy until two days of violence in London had passed. The Prime Minister has since returned to chair an emergency cabinet meeting in London to deal with the crisis vowing to “do everything necessary” to end the riots.

Many believe the riots thus far have been an unleashing of growing resentment over the weak economy, high unemployment rates and decreasing government funding for poor communities. However, others do not give the raging violent youth so much credit, claiming that the unrest has broken out as an opportunity for criminality as there has been no push on the rioters part to make their actions seem remotely political.

In fact, though the Tottenham riots have been continuously compared to the politically charged Cairo protests, Egyptian bloggers have insisted that the similarities are sparse. Mosa’ab Elshamy wrote, “Egyptians and Tunisians took revenge for Khaled Said and Bouazizi by peacefully toppling their murdering regimes, not stealing DVD players.”

Similar to these protests have been the importance of social media such as Twitter and Facebook. The technological communication of choice throughout the riots, however, has been Blackberry Messenger. Blackberry released a statement that it is willing to work with British police to assist with riot investigations. Since the announcement a group by the name of TeaMp0isoN has hacked into Blackberry’s blog and posted a statement that they would give out private company info if Blackberry assisted police.

The message reads; “…don’t think that the police will protect your employees, the police can’t protect themselves let alone protect others….. if you make the wrong choice your database will be made public, save yourself the embarrassment and make the right choice. don’t be a puppet.”