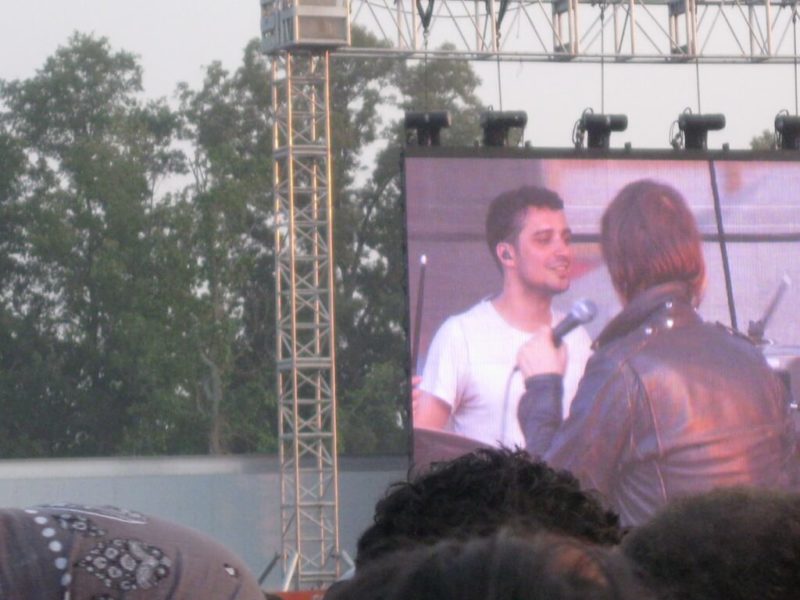 Live Versus CD: What Makes a Difference

Have you ever seen your favorite band in concert and wondered why you weren’t quite getting the performance you expected? Summer is the height of outdoor music festivals all over the country and with a few large venues on the horizon, there are some things you might want to keep in mind.

When a band plays for an audience, the energy in the room can frequently spark creativity. The more energy an audience gives, the more energy the artist gives. Improvisation not only shows that the artist is actually playing (and not lip syncing) but it also provides an insight into an artist’s talent.  In order to be a good improviser, the artist must know his instrument inside and out and understand the components of music theory.

The band also needs to have a sense of each other and know how the members all work together — their instruments, their movements on stage and their interaction with the audience. Improvising also indicates how the artist might be feeling on stage. If they’re having a lot of fun they might feel more inclined to break from the mold and throw in a new slide or accompaniment to a solo.

Furthermore, one thing a lot of people have learned is studio production takes each piece of the song and makes it sound perfect.  If a singer can’t hit a high note, producers use auto tune. Studio production can provide effects that can’t necessarily be achieved in a live setting. It helps instruments balance out and singers sound a specific way. If techniques like auto tune are used, it doesn’t signify “cheating” or that one band is better than another.  Many of the studio techniques are easily accessible and artists can choose to use them or not. Also, auto-tune has become an integral part of the studio process being used often times unnoticed.

The recording process also plays a huge role in how the studio can have an effect on a band’s sound. The software, machines, and recording space all can create difference in sound and a band must choose the right combination for the style they are looking for.

City and Colour recently recorded in a studio based in a church. Front man Dallas Green explains in an interview with Marc Ricciardelli that recording in a church can come with difficulties. “The church is cool. It can be a pain in the butt because there’s no control room so everything you do you have to be very quiet and then when trying to get sounds you have to kind of record stuff and then play it back and see. As opposed to someone sitting in a control room and listening and twisting knobs while it’s happening, so it can be a bit time consuming,” Green said.

Ultimately, the CD recording is only one way to hear a song. Just because the released version is what we are accustomed to, we oftentimes assume that’s how a song should sound. In reality, though, there are many things in each song that can be tweaked but still sound similar. Whether it be a live version or a studio version, whatever we listen to the most becomes the version we associate with a song.

So if your favorite song isn’t quite what you expected in its live form, remember that it’s not necessarily a bad thing. You could take it as a compliment that the band felt a sense of ease on stage and they were having a good time playing for you. Or keep in mind that special effects can’t always take place on stage. But most importantly, each performance is unique and altered to an act’s surroundings, which means no show is ever the same.