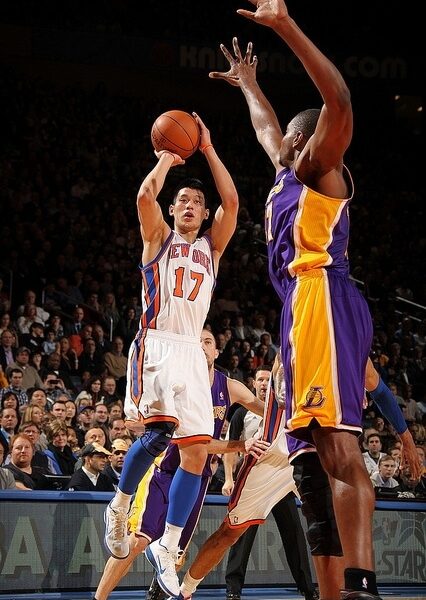 Call it what you want – Super Lintendo, Lincredible, etc. – Jeremy Lin has rapidly risen to be the toast of the sports world. Everyone likes an underdog, and Lin certainly fits the description. The kid who practically lived across the street from Stanford and dreamt of becoming a Cardinal, did not even get noticed by his hometown school. So, naturally, he went to Harvard instead.

But even at Harvard he flew under the radar. Lin averaged 13 or more points from his sophomore year on, but still went undrafted by the NBA. After spending some time in the D-League, however, Lin has emerged as a savior for the Knicks; a savior who still sleeps on his brother’s couch.

Many have made the comparison between “Linsanity” and “Tebowmania.” While both stories have quickly become larger than the game, I do not think Lin can keep up his momentum like Tebow did. This is true simply because of the immense popularity advantage the NFL has over the NBA. When you factor in Tebow’s outspokenness to Lin’s relatively shy demeanor, you can see why the former got so much air time over the course of many weeks.

But all of that is not to say I don’t think Lin can keep up his run. In fact, I think he can. One thing you see when you watch Lin is that he’s not afraid to take shots and he is not afraid to fail. Many, but not all, rookies are gun-shy when step into the league. Not Jeremy Lin.

In his last seven games as the starter, Lin has pumped out 24 points and nine assists per game. Say all you want about the amount of shots he took in those contests, Lin has revitalized a team who was going downhill and had injuries to its key players, Amar’e Stoudemire and Carmelo Anthony. More importantly than those point totals, Lin has led the Knicks to seven consecutive wins – against some solid competition — and the team returned to .500 for the first time since January.

The nice part about Jeremy Lin, much like Tebow, is that he is much happier with the Ws than with the points. #Linning.