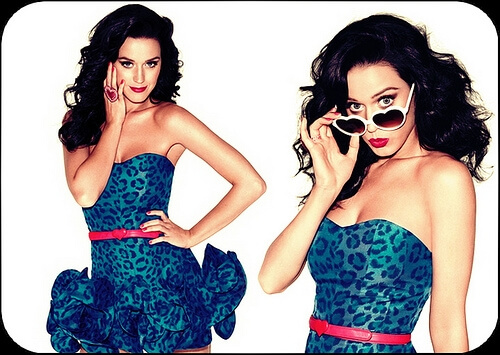 The next issue of Rolling Stone, due out June 24, will feature Katy Perry on the cover. Not a surprising choice — her steady stream of hit songs and striking appeal to college-aged men make her an ideal eye-catcher on newsstands. But its the subject matter of the cover story that might raise even more eyebrows.

In the story, Perry says, “the fact that America doesn't have free health care drives me f***ing absolutely crazy, and is so wrong.” Add one more celebrity to the list, already including George Clooney, Sean Penn and Angelina Jolie, of celebrities with a political conscience. But looking at that list, there’s a striking difference between those three Hollywood staples and Perry — age.

At least 10 years younger than people we’ve come to expect to spout political ideologies, Perry is taking a bold stance. A stance, though, that needs to be taken. Who says that just because her hit songs concern “Daisy Dukes, bikinis on top,” she can’t be taken seriously as a social voice? In a way, her image as a pop icon makes her activism stronger. People listen to her songs, and they’ll listen to what she has to say away from the mike as well.

Props, Katy Perry, and props to Rolling Stone for getting her non-musical voice out there.

Previous Post:Quick Tips to Build Your Reference List
Next Post:USMNT Looks for Blood Against Panama