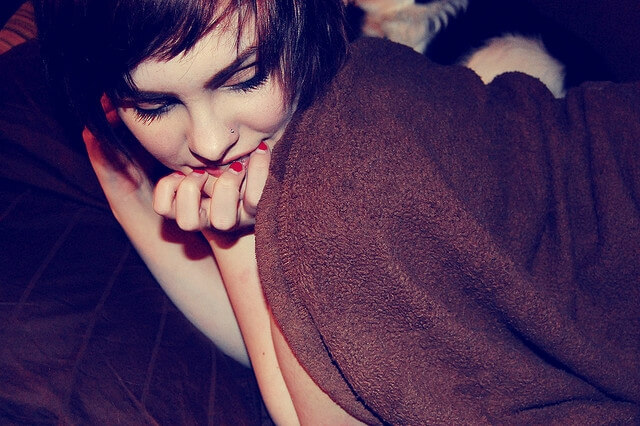 Just for the Night?

The “one-night stand.” That overhyped act that can either lead to something more…or a very awkward morning of searching for clothes and quietly slipping out. At some point in college, it’s bound to happen, or at least be a very real possibility–but is it worth it?

Deciding to sleep with someone who you may never speak to again is no light matter to consider. “It’s all a matter of where you are in your life”, said Brie DeFlavio, a junior at the University of North Carolina at Wilmington. “If you aren’t looking to be with someone, then yes it [can be a good thing].” It’s true; a one-night stand is a chance to just have fun, with no strings attached. If that’s what you’re wanting at the time, then maybe you can handle sex without feeling the need for an emotional connection. Then again, you may be looking for something more than that and be disappointed when you realize that one night, means that it ends there.

Another issue that comes with “the one-night stand,” is the double standard that usually occurs when it comes to guys and girls. Unfortunately, some people may judge a girl more harshly, or rather, be less accepting of, the occurrence of a one-night stand for females. “It shouldn’t be, but it is [a common occurrence], because society is hypocritical in that way. It’s changing, but girls still get labeled for doing what [they] want,” said DeFlavio.

Dr. Bonnie Eaker Weil, relationship therapist and author of Make Up, Don’t Break Up, linked this gender difference to the individual as well; “I think girls put the idea that they’re going to be judged in their own mind[…] There is such a fear with young people in today’s society of commitment and long-term relationships, that men are more accepting if a woman decides she wants to act in that way.”

Despite the potential connotations, it’s getting increasingly acceptable for either gender to engage in casual sex during college. “One night stands are like weird adult merit badges,” said Zach Freshwater, a sophomore at North Carolina State University. “You feel a little guilty, a little gross maybe, but proud. They are more common in college than some people think[…] They’re obviously not the sexual ideal, but I don’t think there’s anything inherently condemning or horrible about them either.”

Whatever you choose to do, just make sure you’re emotionally ready to partake in “the one night stand.” You might try asking yourself the following questions:

Lauren Werst, a sophomore at the University at Albany, SUNY, said that while she has not had the chance for a one night stand, she’s not sure that she would want to have one; “If I’m going to have sex with a guy, I’d want it to be more than once. I mean, I’ve hooked up with boys and never spoken to them again, but to me, sex with someone is more meaningful and I don’t know if I would have it in me to do.”

The choice is yours, and whether you choose to have casual sex or not, know that in choosing, the consequences will also be yours and that the most important thing is safety, both with your health and emotions.

Werst gave her insight, “My advice would be just to ask yourself and see if you want to do it. A one-night stand shouldn’t be contemplated over a long period of time though. […] Now I’m not saying that I will never have a one-night stand, but when the opportunity does come, I’ll probably do whatever I feel in that exact moment.” Zach Freshwater agreed; “They may not be pretty, but they’re not the worst thing to happen in college, or the world for that matter.”