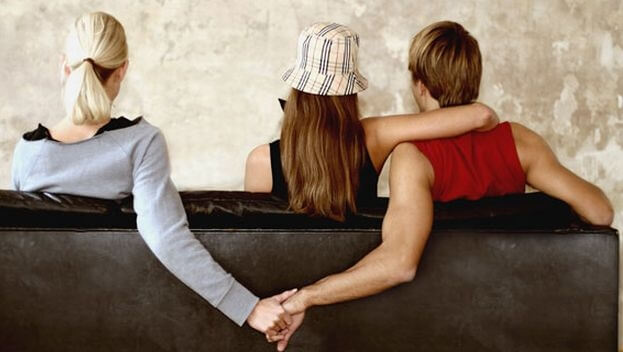 Just Because Its Natural Doesn’t Mean Its Right

Olivia Judson, an evolutionary biologist-turned-journalist-and-television-personality, writes pop-culture biology under the pseudonym “Dr. Tatiana.”  In a 2003 interview, Dr. Judson said, “Humans tend to ask me about one of two subjects: infidelity and homosexuality.”

As an aspiring evolutionary ecologist, I dream of the day people solicit my advice.  Now I just have to impose my science theories in 20-second snippets on my friends, all of whom are snooty couch philosophers majoring in “cynicism” and “destroying Lauren’s hopes and dreams.”

My friends won’t listen to me, but they all engage in stereotypical mating behaviors.  I’ve gathered, from my limited observations, that the most predominant mating strategy in college is polygamy.  Even when college students are nominally “monogamous” (now that’s a mouthful), they don’t seem to have many existential crises before, during, or after hooking up with someone who is not their significant other.  They'll smile for photographs at date functions–each couple the picture of youthful love–and have no qualms about sneaking out and making moves on that hottie from their history seminar.  When asked why men cheat, Whit Henderson*, a Second Year at the University of Virginia, responded simply, “Because it’s fun.”

Henderson then clarified, in a great abuse of the field of biology, “It’s natural.”  I say “abuse” not because he’s wrong, but because it’s irrelevant.  Said Dr. Judson in the same 2003 interview, “A female praying mantis often eats her mate—it is perfectly natural. But imagine the outrage if a human female were to do the same.”  The point, which Judson outlines in a chapter in her book Dr. Tatiana’s Sex Advice to All Creation, is that the study of evolutionary biology can illuminate why we do what we do, but it offers little insight into what we should do.  That's what philosophy is for.  Biology is like a really comprehensive dictionary.  Yes, the F-word is in there (an wouldn't you know, since that's all you used dictionaries for in the third grade), but that doesn't mean that you should use it on your boyfriend's parents over dinner.  …Unless, of course, they were asking for it.
In fact, lots of disturbing sexual events transpire in the animal kingdom that no one would consider socially acceptable by any stretch of the imagination.  And I'd like to list a few:
Sexual Cannibalism
There are species of spiders where the female will actually eat the male spider trying to infiltrate her reproductive tract. This is because the sex ratio and environment makes it so that the probability of a male finding another female is so low that it’s better to stick around and get eaten than to run away, try to mate again, and run the risk of having no successful copulations. It's sort of like hitting a baseball and watching to see whether you got a home run or someone caught you out… only afterward, you get eaten.  In some ways, though, it's a win-win: males get to pass on their genes, and females get dinner.
Date Rape
Fruit flies can essentially "drug" their potential mates with seminal fluid, which consists of a cocktail of proteins, one of which may act as a sort of aphrodisiac.  The hermaphroditic garden snail grows an appendage called a "love dart," which, if fired, will pierce the skin of another snail and inject into its body a sac of mucus, used for widening the sperm-receiving tract.
Deceptive Cross-Dressing
If you're a Cuttlefish and you're not an alpha male, you might be out of luck.  Turns out some fish just get all the girls.  Subsequently, the alpha males protect their females fiercely.  However, Cuttlefish can change color rapidly, and some males use this as a strategy to mimic females and sneak into another male's mating territory.  Then, while the alpha male is busy getting it on with a female Cuttlefish in his harem, the subordinate male will attempt to snag a mate.  And you thought Mrs. Doubtfire was a comedy.
Incest
In the animal kingdom, incest is rampant.  In an extreme case, all matings of the mite Acarophenax occur within the body of the mother.  That means that the mites have no choice but to have sex with their siblings.  Then, in a rather gruesome turn of events, once the offspring have mated, the females burst from their mother's abdomen, killing her along with their brothers.
…And I've only begun to scratch the surface of so-called depravity in nature.  I have yet to hear anyone justify incest or rape with biology, yet for some reason it is the go-to excuse of every college student who's taken an intro biology course for betraying their significant others.  I'm not saying that being unfaithful makes you a bad person, necessarily, but saying it's OK because it's natural is totally fallacious reasoning.  It seems to be in vogue to be a social evolutionist these days, but we should be relying on social philosophy instead to justify our actions.  Otherwise, we could ditch self-reflection all together, and avoid all those identity crises so characteristic of the human 20-something.
*Name has been changed upon request
FacebookTweet
Life