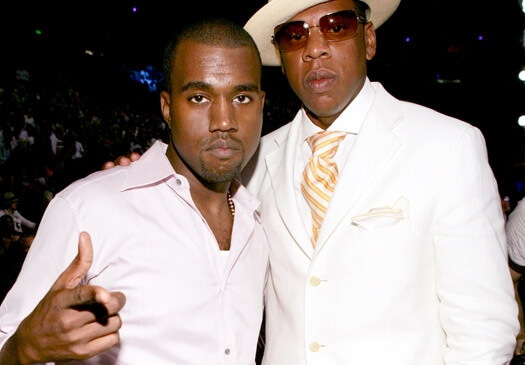 July Singles of the Month

July has brought an ecclectic mix of new music onto the scene. Here's a list of singles from established artists, as well as some up-and-comers.

The latest single off of Watch the Throne, Jay-Z and Kanye trade verses over a heavily sampled beat without a chorus. The beat heavily borrows from Otis Redding's "Try A Little Tenderness," and the lyrics are humorous and memorable, from Jay-Z's, "photo shoot fresh / looking like wealth / I'm about to call the paparazzi on myself," to Ye's, "Please let them accept the things they can't change / and par that all of their pain be champagne." Much simpler and less serious than the first single, "H.A.M," the song ends with Redding's screams. Listen to the song here.

Singer-songwriter Annie Clark's soft, gentle voice croons over a dreamy, surreal-synth on "Surgeon." The song gets a bit edgier at the end with an electric guitar and background staccato "ooh's" that will have you reminiscing about the 60's. Listen here.

On the Dum Dum Girls's new single, "Coming Down", lead singer Dee Dee says, "Have you ever numbed yourself to avoid pain only to oscillate between the subconscious and conscious?… Things can be so awful but they can also be bliss." She hits the nail right on the head. At six and a half minutes, "Coming Down" is an in-between song at nature; both in between rock and pop, in between anger and relief. Listen here.

Alan Palamo's deep, ethereal voice half-speaks half-sings over a throbbing bass with synths and electric guitar to match on "Fallout," Neon Indian's first single off of Era Extraña. The album will be released on September 13 on Static Tongues Records, Palamo's own label. Listen here.

If you weren't sure before that Girls had the slow, sad blues-rock sound down, take a listen to "Vomit," off of their upcoming September album, Father, Son, Holy Ghost. With gorgeous guitar solos, a fuzzy feel and a church choir backing lead singer Christopher Owens, the song is much more pleasant than the title would suggest. Listen here.

Maya Arulpragasam sings in a high-pitched version of her signature British drawl over blips of spaceship sounds, a drummer beat and echos of her own "ah's" in the background. Supposedly the song was recorded last year but never released. M.I.A. dedicated the song to the recently deceased Amy Winehouse, as well as other friends of hers who died at 27.  "I took you to the clinic / to get you clean, but you couldn't / said in two days you're 27 / and your destiny was coming," she sings, "Your friendship did mean somethin' / but you left me for nothin.'" Listen here.

Synthetic dream-pop must be in this season. I Break Horses has certainly mastered the trend with "Winter Beats," a song that sounds as though it could be a lullaby. Layers and layers of guitar distortion, percussion, synth and ethereal vocals build until the last thirty seconds of a song as if it were a slowly cranking rollercoaster rolling up the hill right before a large drop. Listen here.

Beyonce is probably the only diva songstress who can sing over horns, a Boyz II Men sample, and a reggae inspired beat without losing control. In fact, not only does she hold her stance, but she adopts a bit of her hubby Jay-Z's gangster sensibilities in the lyrics without sacrificing her multi-noted, rippled cadence that helped make her a household name.

Previous Post:List of Top Party Schools Released
Next Post:Should You Intern This Fall?