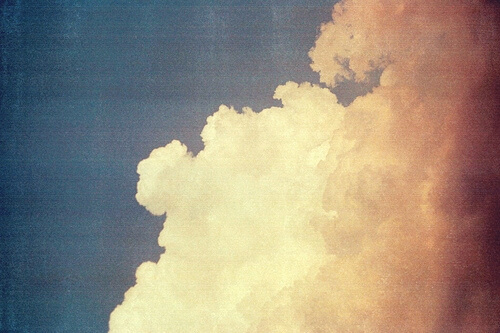 Jetting into the Clouds: Playlist

Olivia YankeyJan 10, 2012
Home » Latest Posts » Jetting into the Clouds: Playlist
FacebookTweet
Whether you’re flying out for a semester abroad, getting an early start on spring break plans or just daydreaming about a lush vacation somewhere in the tropics, play this mix when you feel like jet-setting.
“Over the Ocean (iTunes Session)” – Best Coast
If you’re listening to the lyrics, Bethany Cosentino isn’t actually that happy about the trip she’s on. Just pretend the words “I remember looking out the window/thinking, ‘I can’t believe I’m leaving’” are the awestruck kind of “I can’t believe it!” rather than the pissed-off kind.

“Flying Overseas ft. Devonte Hynes & Solange Knowles” – Theophilus London
In this duet with Beyoncé’s baby sister, Theophilus London oozes love and bravado, inviting his girl to fly away with him on this deconstructed, airy Rap/R&B track.
“No Excuses” – Air France
This is the song that forces you to stop focusing on all the reasons why you shouldn’t be wasting time doing fun stuff and just start enjoying yourself. Infectious, Calypso-inspired beat included.
“Paris, Toyko” – Lupe Fiasco
With Lupe name-dropping locales from Rome to Brazil, it makes you want to dust off that passport and just go.
“Summer Vacations” – The Cool Kids
Super smooth rap duo Chuck Inglish and Mikey Rocks paint the clearest picture of a laidback summer day with just two verses over a cool Marvin Gaye sample.
“(Sittin’ On) The Dock of the Bay” – Otis Redding
Again, the story’s not so happy if you’re actually listening, but that’s beside the point. Stay superficial, imagine you’re laying out in a beach chair and let Otis inspire some much-needed relaxation.
“Island in the Sun” – Weezer
The classic indie rock ode to sun and fun, “Island in the Sun” is a simple favorite.

Find schools
“Nothing to Worry About ft. Peter, Bjorn, and John” – Wale
DC’s biggest rapper samples the Swedes behind 2006’s surprise hit “Young Folks,” making for one of Wale’s lighter, quirkier songs.
“Electric Relaxation” – A Tribe Called Quest
Early 90s hip-hop legends A Tribe Called Quest epitomize cooling out with this track off their album Midnight Marauders.
“Hurry Up Let’s Go” – Shout Out Louds
Quick claps and light tambourine shakes set the tone while the Shout Out Louds basically beg you to join in some youthful mischief.
FacebookTweet
Life

Previous Post:Top 10 Colleges for Football Players
Next Post:Create An Independent Study, And Have It Your Way