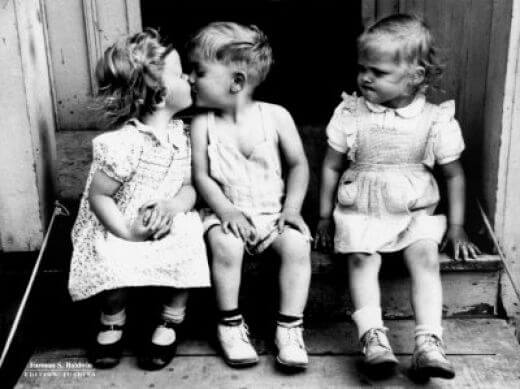 Everyone turns into a big green jealous monster one time or another in a relationship. It happens when your girlfriend talks nonstop about how smart and funny her new study buddy is. It happens when your boyfriend spends a lot of time with his best friend who just happens to be a girl. You’ve made up your mind that you hate the other person for the sole reason that you have to share your honey’s attention with someone else.

One student believes that jealousy just happens, no one can help it. “Jealousy is a natural trait,” said Kenny Okada, a junior from the University of Oregon. “Some people will have more jealousy than other but everyone has it.”

Author of Romantic Jealousy: Causes, Symptoms, Cures, Ayala Malach Pines, defines jealousy as: “A complex reaction to a perceived threat to a valued relationship or to it’s quality.”

But when is it okay to be jealous? When is it not okay? Is it ever okay? Jealousy may be natural to everyone, but that doesn't necessarily make it a good thing. “Jealousy is not a healthy emotion. It’s irrational,” said dating coach Lisa Shield. “It’s not good for a relationship.”

Jealousy destroys the trust two people have for each other. “If a relationship doesn’t have trust, then it has nothing,” said Shield.

“The phrase “romantic jealousy” means different things to different people. It’s hard to control an emotion that results from fear of losing an important person to someone else,” said Pines.

Some students even think there isn’t a right or wrong in the situation. It’s all about how you handle these feelings that matter.

How to keep your jealousy in check? Here a few things you can try:

Don’t Feed Into the Jealousy

“With things, like Facebook, it’s really dangerous,” said Shield. “If you’re prone to jealousy you shouldn’t be checking phones or maybe even friends with your partner on Facebook.”

Stay away from checking social media sites and also reading text messages. If you do snoop around, be prepared to find some things that won’t make you happy. If you have issues trusting people, the problem might not be the other person, it’s you.

“I would try to keep calm and remove myself from the situation,” said Okada. “After the anger has resided, then I would confront the person about my jealousy.”

In the rare case that you’re not prone to jealousy, if something is truly off, you may need to listen that gut feeling. “In this case, jealousy is an indication that something is wrong,” said Shield.

On the flip side, what do you do when you’re on the receiving end of an extremely jealous boyfriend or girlfriend? If someone becomes obsessive and controlling, then it becomes a major problem. The answer, which is easier said than done, is to get out.

“It’s impossible to be in or have a relationship with someone who is always jealous. You’re always trying to boost their confidence,” said Shield. “The jealousy can become a control mechanism. They make it seem like it’s your fault. You begin apologizing for your behavior when you shouldn’t have to.”

You can never help how you feel. But don’t let emotions ruin a good relationship. Relationships are built on trust; you and your partner have to learn to do it. Besides, jealousy is not an attractive trait. No one wants to date a big green monster.