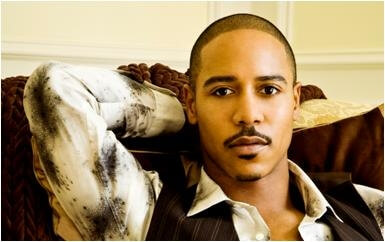 Jack of All Trades: CM Interviews Beauty and the Beast’s Brian White

Watching Brian White do his thing on the big screen may leave you astonished, knowing that acting wasn’t his main priority growing up. But the Boston native, who stars in the new CW series Beauty and the Beast, has had his fair share of odd turns throughout his life.

Before his thriving career and gorgeous wife, the 37-year-old actor was a student living by Dartmouth College’s motto: “work hard, play hard”—and he certainly did both. Taking full advantage of what the school had to offer, White became involved in the dance ensemble, student government and Beta Theta Pi Fraternity.

“I am close with many of my brothers still to this day,” White says. “We literally grew up into men together while challenging each other every day both on the field, in the classroom and more often than I care to recount — on the beer pong tables in Beta’s basement.”

When he wasn’t living the Greek life, White was a devoted athlete playing both football and lacrosse. Once he graduated, his then-plans to go to law school were shoved aside when he signed with NFL and NLL.

However, an injury disrupted his short-lived athletic career leaving White open for whatever opportunity came next.

“While out one night with my sports agent, I met a top casting director who presented me with an audition opportunity that changed my life forever,” says White. “I’ve had the bug ever since!”

White has been focused on acting since 2000. His latest gig is a part on the new modern day TV series of Beauty and the Beast. White plays Joe, a tough but fair NYC Police Lieutenant with a very troubled home life that will eventually spill over into his work. Just like White, Joe is an ex-athlete and avid sports fan. “I certainly relate to that,” he says.

The modern spin on the show, which originally debuted in 1987, will hopefully spread the fairytale’s meaning across to an entirely new age group as well as stay true to the original series. What can we expect from the new and improved fairytale? The most unique aspect of this version is that Vincent is human—but not for long.

“The series gets to explore the very nature of humanity, relationships; and what being human really means,” White says.

The producers from the original series are on board as well as producers from Smallville and Moonlight. “We’ve got an incredibly talented group of bosses and writers,” he says.

Since the show shoots in Toronto, White says his main challenge is being away from his home in L.A. and his wife.

“Lots of not so cheap red-eyes back and forth to make sure the most important person in my life never forgets it; absolutely worth it and a blessing to have the opportunity to have such a quality ‘problem,’” he says.