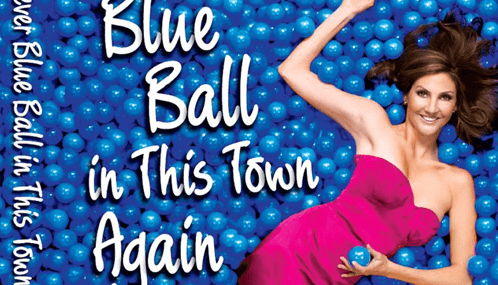 There’s nothing funny about being exhausted after a long day consisting of waking up at 6:30 a.m., getting your three children ready for school, driving them to school, driving an hour to work, writing all day, appearing on TV, driving an hour home, making dinner and getting your three kids ready for bed. Except when being funny is what you do for a living.

Heather McDonald, actress, comedian and writer, writes for and appears on E!’s Chelsea Lately, and came out with a book last year called You'll Never Blue Ball in This Town Again: One Woman's Painfully Funny Quest to Give It Up, which chronicles McDonald’s hilarious personal dating stories and her struggle to make it as a comedian. One such story? A night with Vince Vaughn and an apartment full of wigs.

McDonald said that as a young girl, she always imagined that she would write a book, but she probably didn’t predict that its subject matter would be about her “painfully funny quest” to lose her virginity at age 27. McDonald said the book was partly inspired when she was telling a story about a guy she dated, and Chelsea Handler said, “If this story ends with you blue balling some guy in the ‘90s, I’m going to kill myself.”

McDonald said much of her book is shaped from her college experiences at the University of Southern California, where she recapped her outrageous nights with her sorority sisters at breakfast. Although McDonald said she wished she majored in theater rather than communications, she loved the college experience she had. “I just thought it was so frickin’ fun,” she said.

THE PURSUIT OF HAPPINESS

She may have had her fair share of fun at fraternity parties, but McDonald said she had a lot of anxiety about the fact that she was pursuing communications and not her dream. She saw students with agents and pagers, and tried to convince herself a business job would be enough for her, but she was conflicted. It wasn’t until McDonald was working in a cubicle and her friend gave her a Learning Annex magazine, telling her to go try stand-up comedy, that she finally began pursuing her passion.

McDonald’s advice to students who feel conflicted like she did is to switch majors and see what else their college has to offer. She said no job is guaranteed in this economy, so it is important to do things that really interest you, even if it is not the easiest path. And as for aspiring performers, McDonald said, “It may take awhile, but just enjoy the pursuit.”

THE NEXT INAPPROPRIATE CHAPTER

What’s next for this facetious female? She has another book in the works, titled My Inappropriate Life, and a TV deal for a “Modern Family-type sitcom.” Although McDonald has a hectic schedule, a family to take care of and private school tuition to pay, it doesn’t stop her from having a good time. “I just like being around funny people everyday and creating fun stuff,” McDonald said.

**WHY WE LOVE HEATHER MCDONALD**

1. She may have three kids in Catholic school, but McDonald can still write about her inappropriate dating exploits in hilarious detail.

2. Just like her favorite person to impersonate, Drew Barrymore, she believes in positivity.

3. She didn’t have it all figured out when she was in college, but she took a chance and pursued her dream.

4. She does a killer Celine Dion impersonation.

5. In her book, McDonald says, “Lobster is not going to be as tasty with iced tea unless that iced tea is from Long Island.” Enough said.

Previous Post:What medications decrease the effectiveness of the pill?
Next Post:UI Considers Launching a Gay Fraternity