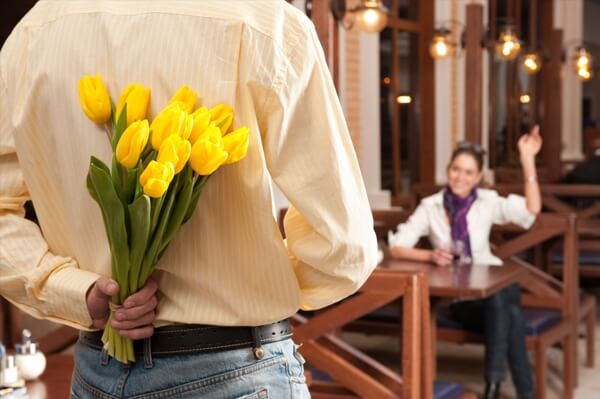 Against my better judgment, I hooked up with a cute business student–Roy–just last week. Imagine my surprise when I heard hooked up with a close friend of mine over the weekend. Sure, I had no ownership and I couldn’t blame my sorority sister at all–he was fair game. But, I wanted to make sure that Roy and I were on the same page. After all, Parker Vail is no one’s second choice. In the middle of a casual conversation, I pointedly mentioned, ”Heard you hooked up with my sorority sister.”

Perhaps “weird” is the wrong word here. “Mildly to strongly insulting” might be a better choice of phrasing. But the balls on this guy, to unabashedly admit to his unattractive behavior… Well, I hadn’t yet inspected them personally, but one can only imagine they must be huge. Gross.

With my ego temporarily bruised, I brushed it off and simply declared that I was no longer concerned with Roy and his extracurricular activities. I’m not one to judge. He’s entitled to his choices, but if he’s in it for the hook-ups, I’m not down to play games.

Moral of the story, don’t be a name on the list. You’re better than that. But how to best become the “It Girl” in a collegiate clusterf*** of poor decisions and too many options?

First, I implore you to be yourself. Just like it’s easy to buy the same shirt in six different colors simply because it fits well, guys can get lazy. Hooking up with six girls that lack depth or personality can become a mindless form of habit for a guy with a wide selection. After a while, it’s human nature to crave a deeper connection, someone you can actually hang out with outside of a dingy bar or make conversation with in the light of day. I know, it’s fun to “be that girl” once in a while and you’re not always looking for a serious relationship. But when you are, remember that you are your own best asset. If you actually get along with a guy, and you think it’s worth making into something a little more than a weekend fling, it’s time for step 2.

Be upfront about your agenda. It’s not as sinister as it sounds; I only recommend that you not act surprised by your hook-up’s other “situations” if you sell yourself as a good-time girl with no real desire for commitment. I’ve had friends who reassure boys that “omgggg, I know we’re not serious. We’re …. just hanging out.” I can only sympathize with a girlfriend so much when she informs me that her boy has been spotted making out with another girl at the bar, after hearing that my girl was never honest about her real intentions. I’m sorry, but whose fault is that? Do yourself a favor and tell your boy that while you understand his desire to see and meet a lot of people, you’re not interested in being anything but number one. It might be hard, but it’s worth it.

Now, how does one go about doing this? I know it’s a little tough to be assertive at times. But the issue here is cost-benefit analysis. Ask yourself sincerely: Are you okay with being one among many? If you can handle that pressure and you’re not a jealous person, then full steam ahead; you’re a stronger girl than I. Otherwise, will you be risking a worthwhile friendship if he turns you down in favor of other girls? Furthermore, is it even a meaningful relationship if he’s willing to lose you just in hopes of hooking up with other people? The answer isn’t always easy, but with closure comes peace of mind, an invaluable state of being.

If you’re getting the feeling that you’re his no. 2-go-to girl, and you’re not okay with that, face the situation head-on, but not aggressively. When he inevitably texts you around 11:00 p.m. on Thursday night, with an invitation to come over, reply with something that gets your point across without being a total bitch. “Look,” you can respond, “I’m into you and I love hanging out.  But if you’ve got other girls, I’m not interested. You’re free to be with whoever you choose, but I’d like if it were with me.” Without pointing a finger of blame, you can state your case: you’re into him, you’re into being with him, but not if you’re one woman in his makeshift harem. The answer you receive will tell you a lot about your relationship, and you can make your decisions accordingly.

College is a great time, and a great place for experimentation and freedom. Don’t sacrifice your own happiness if it comes at a high cost. Be yourself, speak your mind and don’t be afraid to assert yourself in pursuit of what you want. A real man will value you for your honesty and if your intentions aren’t aligned with his, you’re free to pursue other avenues of interest. Don’t settle for "Booty Call No. 3" when you could be his "It Girl."