Shop now
Home » Latest Posts » Is That Even Legal?!
Life

Is That Even Legal?!

Beyonce and Jay-Z. Angelina Jolie and Brad Pitt. Demi Moore and Ashton Kutcher. These are the celeb power-couples we know and love. What you may have forgotten is that each of these couples faces an age gap of over ten years. So what is it that attracts a person to a significant other that is significantly older? Is it their years of wisdom? The success they’ve achieved? Their level of maturity? Or are some of us just more attracted to the riper apples on the tree?

In high school, dating someone older can have a few enticing social benefits. Chelsea, a senior at Boston College, speaks from experience.

“Being a sophomore in high school and dating a senior was all about the labels,” she says. “It came with privileges like him having a car, and having more freedom from his parents.” 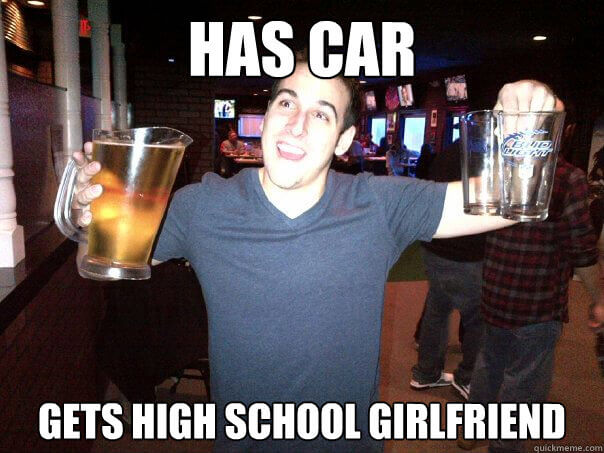 When you’re 16, driving to that R-rated movie in your sweetheart’s beat-up ’98 Wrangler is certainly more enticing than getting a ride in Mommy’s Volvo and enduring her awkward questions to the soundtrack of 106.7 Lite FM. Not to mention, there was the possibility of getting asked to prom, an adolescent tradition that’s way more exciting when you’re the youngest one there.

In college, however, the age gap issue takes on an entirely different weight. Relationships tend to move faster and be more serious in college, which can make things difficult if you’re a freshman dating a senior. Inevitably, May will arrive, your older beau will graduate, and then all of a sudden, you’re dating an adult. Try explaining away your investment banker boyfriend to that flirty guy at the frat house.

Kris from the University of Maryland is used to the idea of dating outside of her generation.

“My parents are 20 years apart, so I grew up with the idea that larger age gaps in relationships are okay,” she says. “Ever since I was young I got along really well with adults.”

Apparently, she still does. After growing up in this environment, Kris has begun experimenting with older men herself. Her current boyfriend is 24 years older than she is. He’s the same age as her mom!

“What's great about dating someone older,” Kris says, “is that because they've had more experience in relationships, they have a better idea of what they want.”

It’s not surprising that college students, who are trying to discover what exactly they want out of life, are attracted to this. Kris also loves the fact that her boyfriend is polite and “old-fashioned.” This is something that’s hard to come by in college, a place where chivalry is dead. Kris’s boyfriend “always holds the door open, pays for every date, never pushes me sexually, and he's very appreciative of who I am.” 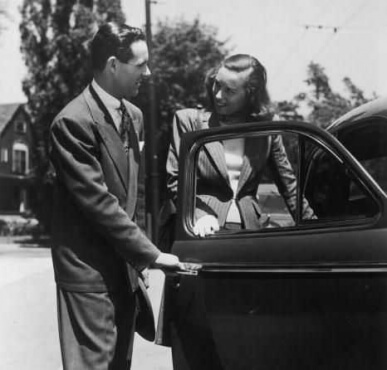 However, although there are benefits to dating an older man, Kris admits that there are a few difficulties as well.

“He is nervous that I'll meet someone my age that I assume is better for me,” she says, “but my biggest concern is what may happen in the future if we're together long-term.”

And when you’re halfway through college, long-term is certainly something to think about. But Kris keeps it positive. “For now I'm just taking it one day at a time and seeing where it goes.”

So maybe your older flame isn’t your future spouse, or maybe he or she is. Either way, there’s no harm in experimenting with those ripe apples. And who knows, you may learn a little bit about relationships – and life – along the way.

Photo taken from quickmeme.com and artofmanliness.com

Previous Post:Embracing the Rainbow
Next Post:National Coming Out Day: More Than Just One Day