Is She A Trick Or A Treat?

Josh AxelrodOct 31, 2012
Home » Latest Posts » Is She A Trick Or A Treat?
FacebookTweet
A college Halloween must include three things to be a success: a costume, copious amounts of alcohol and a girl/guy in your bed at the end of the night. Chances are the first two will lead to the latter, so getting there isn’t a problem. What could present a challenge is distinguishing between a trick (your soon-to-be secret shame) and a treat (someone you’ll be proud to wake up next to following morning). What, you thought trick or treating was relegated to 10-year-olds in Dracula costumes? Here’s a guide to trick or treating college style:
1.) Trick: If she describes her costume as “sexy” or “slutty” something, or if he’s wearing sunglasses and a tie on over his bro tank and is trying to make people believe that’s a costume, abort immediately.
2.) Treat: If he or she is wearing something pop-culture inspired (especially if it’s something creative like, say, hipster Disney princesses), you’ve got yourself a potential winner.

3.) Trick: If you can’t tell what his or her costume is on first glance, forget about it. It’s either going to be something unnecessarily complicated or a face palm-worthy pun. Either way, decidedly unsexy.
4.) Treat: An exception to that last rule is if he or she can intelligently explain the costume while maintaining his or her dignity. That guy or gal might be worth the effort.
5.) Trick: If, as the night goes on, he or she suddenly has fewer clothes on than when he or she arrived, leave him or her in the capable hands of a friend and move on to the next Katniss or Psy in the room.
6.) Treat: If it appears he or she can handle their Halloween “punch” (or so the host is calling that dark purple drink in the cooler) while still having a good time, go for it.
7.) Trick: How I Met Your Mother fans, don’t go in looking for Slutty Pumpkins. Chances are you’re not going to find your dream guy or girl at a frat party on Halloweekend. And if you lose her number, either let her go or Facebook stalk her later. Whichever makes you happier. 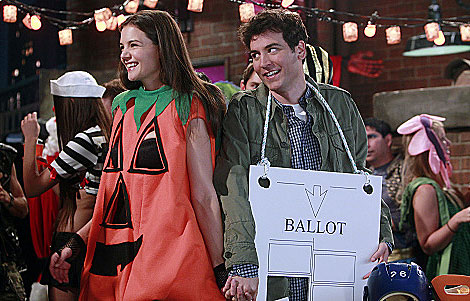 8.) Treat: That’s not to say you definitely won’t find your Slutty Pumpkin (in which case, ignore rules one and seven). If you find a girl that looks like Katie Holmes who you can make good conversation with, hold onto her. Or at least make sure you put your candle in that jack o’ lantern later that night.
9.) Trick: If they ever compare themselves to candy, think twice. Sure, I’ve been talking about Halloween targets like they’re candy corn. But they’re not. And if you hear a pickup line like, “I want you to put your Tootsie Roll in my basket” or “I have a full-size Snickers for you,” see rule five before proceeding.

Find schools
10.) Treat: If they actually have candy to offer, that’s an entirely different story. Remember: there are no better kisses than the ones made by Hershey’s.
Photo: at The Black Sheep
FacebookTweet
Halloween Life Party 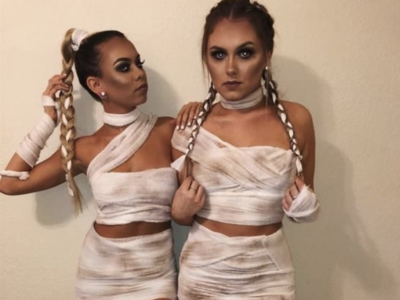