Shop now
Home » Latest Posts » Is It Nerves or Am I Dying?
Life

Is It Nerves or Am I Dying? 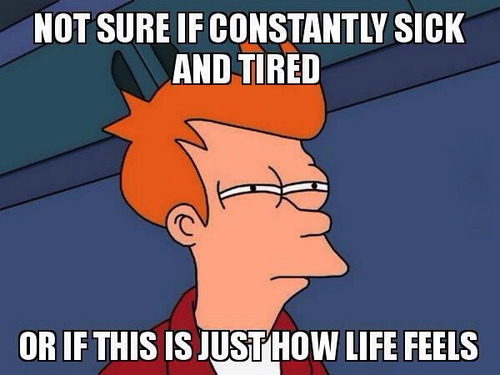 The last hour with my parents after move-in wasn’t the collection of hugs and smiles TV convinced me to expect. My experience strayed from the tearful Hallmark stereotype. Instead of a heartfelt goodbye, my freshman year began with a sprint to the bathroom and a toilet bowl that looked like a Jackson Pollock painted with my vomit.
As I raised my head above the porcelain rim, my only emotion was disbelief. I was fine five seconds before. Why was my stomach pulling a Benedict Arnold?

A slice of spearmint and a splash of cold water brought me out of my daze. Finishing a bowl of chicken noodle soup served testament to my well-being. Careful wording eventually coaxed my reluctant mother to pull out of her double-parked space. My stomach settled and it was time for me to do the same.
The next few weeks proved me a liar. My stomach was a Trojan warhorse prepared to sneak attack with fits of vomit and diarrhea at any moment (as if exams weren’t hard enough). Nausea was the norm and a meal was a mission impossible. I spent more time in the bathroom than in class. The hours I squandered in the fourth stall from the left could have been my freshman seminar. From constant retching to midnight toilet explosions, my floormates probably thought I was an alcoholic or bulimic. 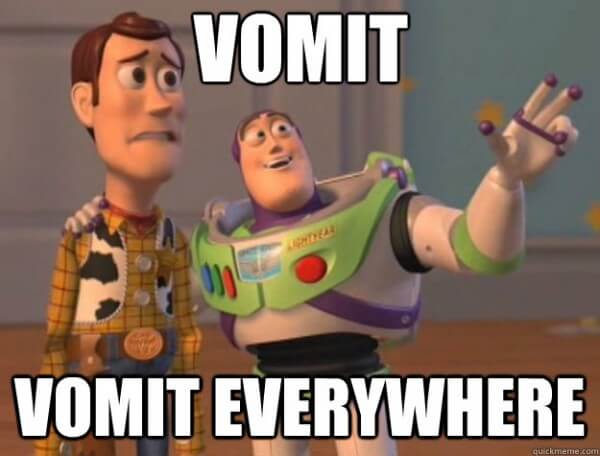 (via momthentic.blogspot.com)
Infamous for my sensitive stomach, I came stocked with an arsenal of Pepto Bismol and antacids. Unfortunately, it seemed I had the right ammunition but the wrong gun. Nothing soothed the raging beast in my abdominal cavity.
The puking eventually stopped but nausea remained my constant companion. My frantic mother gave me an ultimatum: get better or go to the student health center. Refusing to submit myself to long lines and undertrained torment, I powered through the next few weeks. Denial was my medication.
Thankfully, Thanksgiving break revealed the true cause of my affliction. I was in perfect health the entire week at home. There was no phantom flu or undiagnosed disease. Anxiety hidden from even myself caused my stomach’s treason. My body just admitted what my mind wouldn’t: I was homesick—literally. 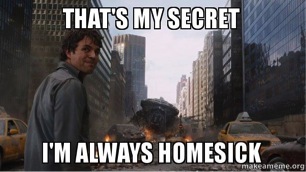 (via makeameme.org)
While I still encountered occasional nausea when I returned, knowing the cause was a remedy in itself. A call home soothed an ache as easy as a capful of medicine. My stomach problems disappeared as my freshman anxiety dissipated. Now, as my junior year approaches, I have better things to worry about than a bellyache.
Though my stomach stopped torturing me, a little knowledge could have saved me weeks of pain. CampusMD provides 24-hour access to board certified physicians. You can chat about your stomach pain, anxiety and a wide variety of other non-critical medical issues from the comfort of your dorm room. In addition to great advice, these doctors can provide prescriptions if necessary. Yes, you absolutely can avoid health services. 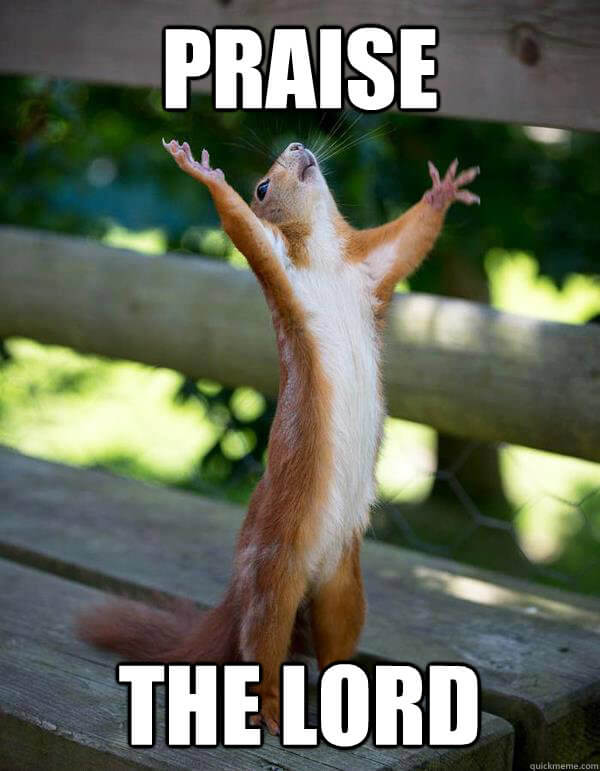 Use all your resources to stay healthy all semester. No one wants to spend freshman year imprisoned in a bathroom stall.

Previous Post:You Suck As A Roommate, Here’s 13 Reasons Why
Next Post:The Common Cold in College: A Sick and Inconvenient Truth