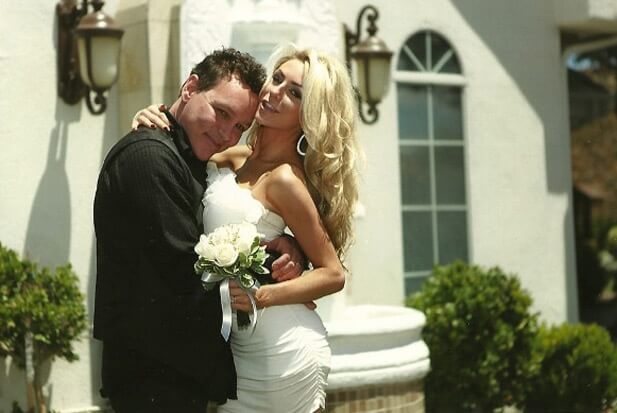 Is Age Just a Number?

16, 47, 51… aren’t these just numbers? Apparently they are to actor Doug Hutchinson and teen Courtney Stodden, who tied the knot this month—with her parents’ permission, of course.

When numbers refer to people’s ages, they’re no longer faceless, inanimate digits. The numbers become representations of experience and hopefully, maturity. So, 16, 51, and 47 aren’t just numbers when 16 represents a bride’s age, 51 signifies her husband’s age and 47 is the age of her father.

Call me old fashioned, but something just doesn’t sit right when a minor’s father is 4 years younger than her husband.

Perhaps, at some point later in life, the boundaries of age may blur, because usually by then, priorities blend as well. The cares and goals of a 70-year-old aren’t too far off from those of an 88-year-old. This 18-year difference is substantial but not creepy because chances are that both individuals have paid their fair share of cable bills, considered the contents of their wills, and both, presumably, have voted, or at least have been eligible to vote.

Does this mean that cougars and cradle-robbers involved with much younger partners can never find real, lasting love? Though the success of such a romance is highly—about 99.99 percent— doubtful, it is not impossible. There are always those who defend their love by claiming “She’s mature for her age” or “He brings out the kid in me.” Each romance must obviously be considered on a case-by-case basis and shouldn’t be subjected to absolute, blanket statements because although slim, there is still a .01 percent chance that they are the exception.

However, if you’re someone who believes in love despite age because you’re involved with a minor, I hate to break it to you, but love does know a boundary—the law. Although not all legislation regarding marriage is fair and protective (a.k.a. bans on gay marriage —totally uncool), the age restriction is completely valid.

If your love is real, it can wait. And there’s nothing that screams “adolescent” more than needing your parent’s legal permission to get married.

Previous Post:Fictional characters worth the fantasy
Next Post:Give the College World Series Some Respect