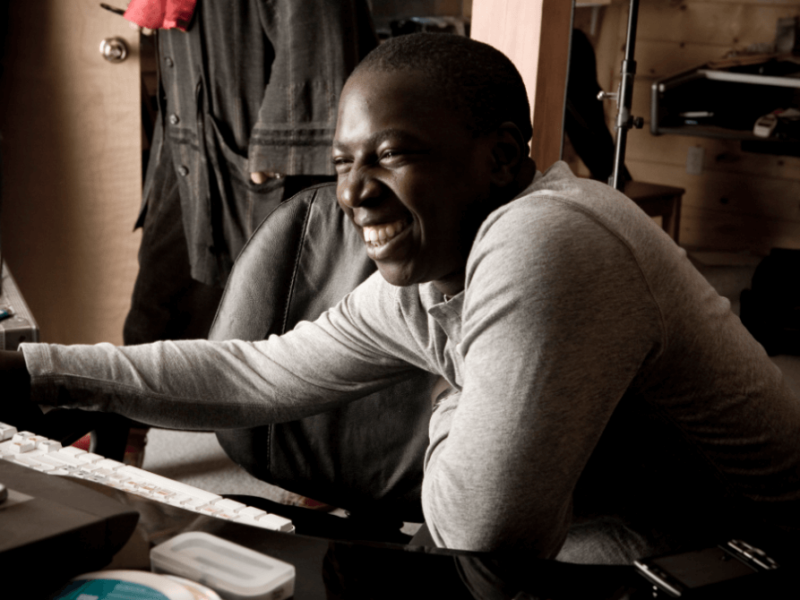 On Tuesday night at the 930 Club there was a language barrier. I did not understand what either Cheick Hamala or Vieux Farka Touré was singing and to be completely honest I could hardly make out what they were saying in between songs. What I did understand was the feeling sprung upon me by the music.

As Cheick Hamal took the stage with his very discreet eight-member band, people were still filing into the 930 Club from the streets of NW Washington, D.C. Cheick, who is a world-recognized master of the ngoni, is a one man show by himself, but despite this he detracts nothing from his fellow band members. It was hard to focus on just one at a time because it was easily seen that each person was thriving off the other’s energy. After shifting my eyes from left to right and then back again they always landed on the man dressed in all white, Cheick Hamala.

People were still rolling into the venue as Cheick and his band finished warming up the crowd. These people were here to see Vieux Farka Touré and I quickly realized why. The three-piece band took to the stage and spared no time before breaking into an electrifying blues based rhythm. It only took a few minutes of music for the crowd to get itchy feet and begin to dance. From up above, the packed floor of the 930 Club seemed to look like a growing, moving, living organism.

The music being played on stage was not the only interesting thing happening. I know next to nothing about the traditions that take place in Mali, but I believe I saw a few happen on stage. Dollar bills were thrown at Vieux repeatedly as if he was a stripper and at one point, a young man wiped the sweat from Vieux’s face with a dollar bill. He then did it again…and again. Strange, yes, but it did not seem to be out of the ordinary for the guitarist or his band members. The personality trait of being shy does not seem to exist in this culture. Dance how you want. Sing how you feel. And just be you.

I did, however, go into the night skeptical, especially after seeing the crowd looking more like a small gathering at first, but I left with my jaw on the floor. Vieux Farka Touré and his band is one of the most musically talented acts I have seen in a long while. More importantly, the night left me with an introduction to a culture I have never experienced, which to me is priceless.

Previous Post:Popular Jobs for College Students
Next Post:Storylines for the End of the MLB Season