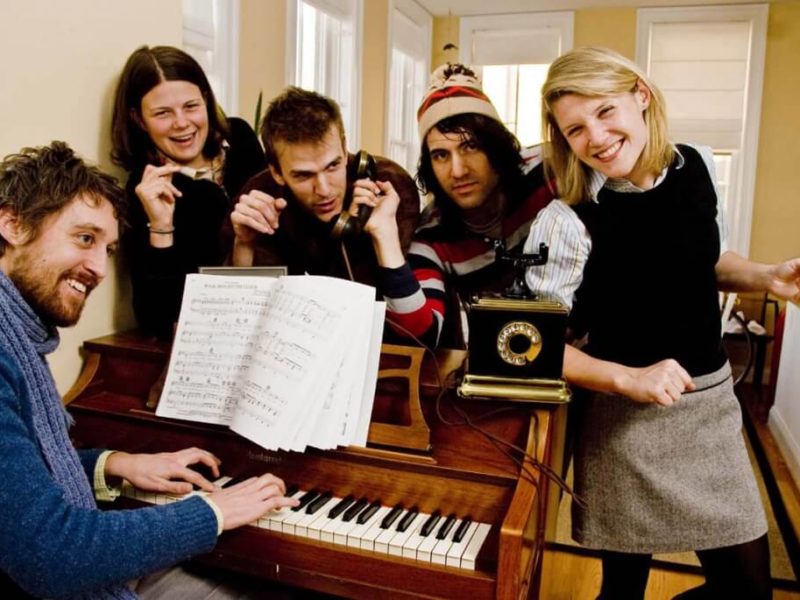 At around 30 years old, it’s typical to settle down and begin transition into the stage where those darn kids just make too much noise. Yet Olivia Mancini is anything but typical. Juggling grad school, two bands (the eponymous Olivia Mancini and the Mates as well as Donny Hue and the Colors), several side jobs and even songs on movie soundtracks, Mancini isn’t quieting down. Read on to see her thoughts about everything from farmer’s markets to parking tickets.

Q: Your website says you split your time between D.C. and New York. Which city do you prefer?
A: Apples and oranges. Or maybe evening dress and jeans. They are too different animals to be compared too directly. I go to grad school in NYC while playing in bands, so I tend to think of New York as non-stop running around. When I come home to Washington, it seems easy going.
Q: TNG (The New Gay, a website created by members of the DC gay community that features cultural and event coverage) labels you as one of their “faves,” and you even premiered your new single “For Ricky” on the site. Are you an advocate for the LGBT cause?
A: Absolutely. I'll advocate for any group of people who are fighting for their civil rights.

Q: Why did you choose to release “For Ricky/You’re the One” on vinyl?
A: I love the idea of the old-fashioned A-side/B-side single. "For Ricky" has such a vintage sound to it, I thought vinyl would complement that. But we included a download code with the record so you can get the songs as MP3s as well.
Q: Do you support yourself solely on music?
A: Financially, music is a part-time job. I have a few other part time jobs to go along with it. That's cool, though. I like being well-rounded.
Q: Why did you decide to be a musician?
A: Once I got a hold of a guitar, nothing else seemed as fun.
Q: By creating music, what’s your goal/dream? Both for yourself and your listeners?
A: Everyone knows how much joy a great song can bring. Hearing the right song at the right time can turn your whole day around. I love the idea of making songs that might have that effect on someone.
Q: What’s something people don’t know about you? Where’s your favorite place to play?
A: I appeal every parking ticket I get. Eighty percent success rate. My friends note that my time might be better spent looking for legal parking.
Q: Where’s your favorite place to play?
A: I'm really into farmer’s markets right now. You're outside, people tip you, and give you vegetables.

Find schools
Q: What’s your songwriting process like?
A: Some songs come in a day, some come in a year. Some start with a guitar or bass part, or a beat. Some start with a lyric or a tune and then the music follows. "For Ricky," for example, started with a guy named Ricky asking me to write a song for him.
Q: Do you prefer singing by yourself or with the band? Playing with your own band or Donny Hue and the Colors?
A: I prefer playing with the band because it's louder and more fun. Whenever I play solo it's for logistical or financial reasons. But I see the benefit in playing alone. You're really exposed and that forces you to have your shit together. And, I love to play with Donny Hue and the Colors! Donny Hue writes wonderful songs that take you away to different magical lands.
Q: Does writing music for movie soundtracks increase your fanfare?
A: I don't know if it's had an impact on the number of people listening to the band, but it's a whole different musical arena that I'm enjoying getting to know. It's like writing in character.
Q: What are your inspirations/what motivates you?
A: Seeing a song go from a germ of an idea to a jumble of guitar chords to a lyrical concept to a demo to something played by a whole band on a stage to a recorded piece of music that someone else might play on their own guitar is extremely and deeply satisfying.
Q: Anything else you’d like to add?
A:  My best college advice: Don't worry too much about deciding what you want to do but never turn your back on any opportunities.
Olivia Mancini will play at Piano’s in New York on Sunday and the Black Cat in Washington on Aug. 12.
FacebookTweet
Life

Previous Post:Sex on the Beach? Maybe Not…
Next Post:DIY Projects for College Success