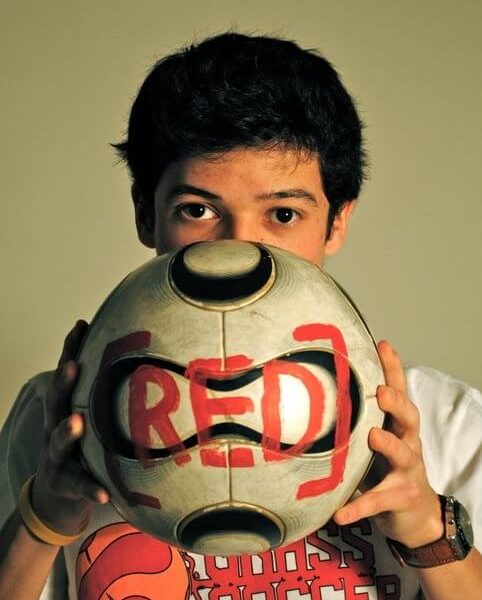 Inspi(RED) to Help Educate About HIV

When Acquired Immune Deficiency Syndrome—commonly referred to as AIDS—first appeared on the sex and drug scenes of the early 1980’s, the list of questions overwhelmed the supply of answers. Though the disease had been around in earlier years, its awareness hadn’t begun to spread until the death toll of its victims had suddenly peaked.

In 2009, the Centers for Disease Control and Prevention reported that of all age brackets, individuals between the ages of 20-24 ranked highest for HIV infection diagnoses; approximately 6,237 young adults contrived the virus.

Statistics can be intimidating. However, some students have chosen to not only stay aware of the risks of transmission, but also, to actively participate in spreading that awareness.

Robby Burroughs, a senior at Mount Allison University, became an active leader in the fight against AIDS through the Grassroot Soccer (GRS) organization, and its new campaign, Inspi[RED]. “Thanks to [a progressive sexual education curriculum in high school], my awareness has been heightened and factored into my actions… We have the resources here in North America to be educated and to educate ourselves about [STIs/HIV],” he said.

GRS is an organization that offers interactive HIV prevention and life skills curriculum to youth in Africa’s affected countries. Lose The Shoes is a 3v3 soccer tournament hosted by countless schools to raise money for GRS. After GRS partnered with the product brand [RED], these 3v3 tournaments adopted the name Inspi[RED]. Today, all proceeds from Inspi[RED] are funnelled into Inspi[RED] Soccer Skillz Tournaments in Africa, a day of soccer and access to HIV education, testing, and treatment for youth.

For Burroughs, a young athlete and activist, Inspi[RED] Soccer is the perfect way to fuse his love for sports and service. Passionate for the cause of fighting AIDS, Burroughs arranged for an Inspi[RED] campaign on his campus at Mount Allison. In the winter semester of 2011, he activated Mount Allison by using student athletes as models for the first round of posters and later, the executive teams of campus social groups. Not only did Burroughs’s campaign raise awareness and funds for Inspi[RED], but he managed to unite the different faculties and student-types at Mount Allison.

“Fighting AIDS was something that I could do as a high school student,” Burroughs said, explaining his beginnings with GRS. “It meant that I was doing something with my sport, which I loved. That my team, brought onboard, was no longer 11 guys running around chasing a ball. We had a purpose to our sport, a better reason to strive for glory than self-satisfaction. See, the power of our sport means that we can transcend language, religion, race, creed, and gender, which in Africa is often the roadblock for many development initiatives.”

Burroughs is now the International Director of GRS’ Inspi[RED]. His current mission is to “continually invent and develop new ways to raise awareness, funds, and to engage university and high school students, athletes, and members of their community to get personally involved in this global fight.”

To find out how you can activate your campus with Inspi[RED], visit: http://www.grassrootsoccer.org/what-you-can-do/inspired-soccer/

This is the second in a week-long series of stories about sexual health and awareness. Check back tomorrow for the next addition!