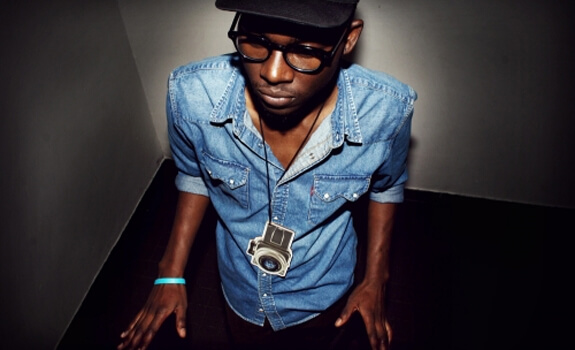 We’ve heard some of these songs so many times that it’s hard to imagine just how ground-breaking they were. But in honor of our innovation theme this month, we celebrate the wacky and weird, the pioneering and poignant, both old and new.

The Cure front man Robert Smith slapped on some black eyeliner, messed up his hair, made some music influenced by post-punk, and the goth-rock genre was born. If that’s not innovation, I don’t know what is.

Back before he was finding his Flavor of Love, Flavor Flav was busy writing arguably the best rap song of all time, Fight the Power. Occupy Wall Street-ers, take note—Public Enemy created the first modern protest song and paved the way for rappers to rhyme about serious issues.

In the album Rolling Stone named the best of the 2000s, Radiohead broke all the boundaries of conventional alternative rock with Kid A, rejecting traditional guitar riffs in favor of electronic drones.

Sure, we thought it was weird when this duo didn’t have a bass player. Then they fooled us all and made a semi-acoustic guitar sound like a bass, creating one of the most iconic riffs and best rock songs of all time.

Ok, it may be one of the most overplayed songs of our generation. But you can’t help but give Kanye some credit for inventively mashing up a Jamie Foxx/Ray Charles sample, writing a killer hook to go along with it, and inventing a Generation X anthem.

Who can forget the cash registers cha-chinging, guns shooting or kids singing in MIA’s smash 2008 hit? She sampled The Clash, wore crazy leggings, and we’ve never been the same since.

Timez are Weird These Days is the name of this new kid on the block’s debut album, and we couldn’t agree more. Any artist who successfully combines R&B, alternative, and post-punk genres, as well as Tegan and Sara’s Sara Quin, TV on the Radio’s Dave Sitek, and Solange Knowles, is just the kind of weird we like.

Previous Post:Dental Dams: do people use them?
Next Post:‘Horror’ of Horrors