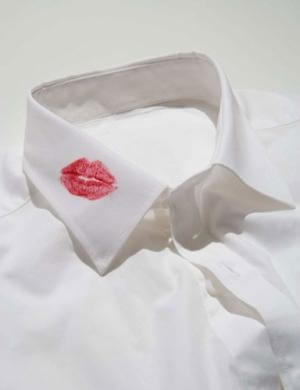 I’m The Other Woman

When Melanie* met Adam* at a mixer one night, she immediately felt a connection. After really hitting it off by the keg (as per usual when you meet someone at a mixer,) Melanie began to run into Adam everywhere: on the street, at bars, at parties. The more they talked, the more she liked him. When it came time for her to pick a date for her sorority winter formal, she asked him, and his reply was yes.

“After hanging out with him a bit, I was definitely interested,” says Melanie. “He was really cute and seemed much more down to earth than the other guys I had dated.” Caught up in the excitement of a new crush, Melanie and Adam soon took their relationship to the next level. “One thing led to another, and I found him in my bedroom with me after formal. I had such a good time with him, and we made plans for dinner the next weekend,” remembers Melanie. “We started talking every day and hanging out a lot. I really thought I could see myself dating him.”

Three weeks after their date at the formal, Melanie showed up at a party and spotted one of Adam’s good friends. She headed over to say hello, and asked if Adam would be at the party. “No, he’s out with his girlfriend,” Adam’s friend replied. “My jaw nearly dropped to the floor; it came completely out of nowhere.”

Although she didn’t recognize the girlfriend’s name, Melanie was shocked. “I honestly didn’t know who she was; I was completely blindsided. I was hurt that he didn’t tell me he had a girlfriend, and confused about how to handle it.”

We’d all like to believe that we would know when our partner isn’t being faithful. But in reality, they could be hiding a whole chapter of their lives, and we could be none the wiser.  “I keep trying to think back to see if I was just stupid missing something, but I honestly can’t think of anything,” says Melanie. “He was sweet and attentive; it really felt like it was just me and him. It didn’t make sense to me that someone so normal was leading a double life. And as it turns out, I was the double.”

As Adam’s friend tried to convince Melanie that Adam and his girlfriend were in a failing relationship that was nearing the end, she found herself more and more confused. “I was extremely conflicted. I looked up his girlfriend on Facebook, and weighed my options. Even though I really liked Adam and thought I stood a fair chance at him (I was prettier than her, after all,) I couldn’t do it,” Melanie says. “I didn’t want to be that bitch that stole someone’s boyfriend; I didn’t want a boyfriend that was capable of cheating. I wanted her to know how sleazy her boyfriend was being. And that was when I decided to end it with him and come clean with her.”

Before Melanie got the chance to tell the girlfriend, however, word of the fling reached her. “I was actually kind of relieved that I didn’t have to tell her myself,” Melanie says. “But I was shocked to hear later on that she stayed with him!”

Can people change? Or is the saying “once a cheater, always a cheater” really true? “I told Adam that we were done. Last I heard, they’re still together. And despite all this, Adam continues to late-night text me to this day.” Perhaps the phrase holds more truth than we know.