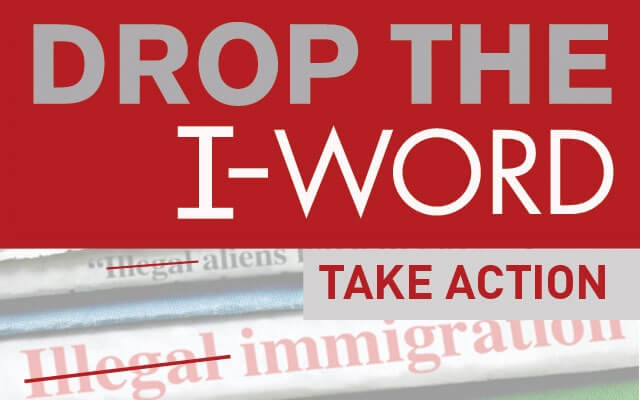 Illegal No More: Drop The “I” Word

When Lucas Da Silva woke up on the morning of his 15th birthday, he couldn’t wait to go to the Department of Mobile Vehicles. Like many American teenagers he had been looking forward to getting his driving permit.

Da Silva, now 23, said he stormed into his parents’ bedroom and urged them to get ready.

“That’s when they broke the news to me,” he said. “I wouldn’t be able to get a permit or a license because of our undocumented status.”

The paralegal studies major is one of millions of immigrant students who are not considered American because of their nonresident status. Among other things, they are prohibited from getting a driver’s license and receiving an affordable college education.

In addition to that, these students and their families face the issue of being labeled “illegal.”

The term has been used by society to describe people who live in the U.S. without the country’s authorization.

University of Kentucky junior Jennifer Abreu, 20, said she thinks the label has a strong negative impact.

“I think we have all been numbed because we hear the word ‘illegal’ so often,” she said.

The Applied Research Center and Colorlines news site decided they wanted to stand up against everyday usage of the word. In September 2010, they launched the Drop the I-Word campaign.

The goal is to make people aware that calling someone illegal dehumanizes him or her, campaign coordinator Monica Novoa, 32, said.

“It’s about giving people the information they need to decide whether they are going to use the term to describe undocumented people,” she said. “We want to reach people in the media, college students and anyone who uses the word.”

Novoa said she loves reaching out to universities because students are excited about taking action.

“They’ll go and tell their friends, their parents and their professors,” she said. “College students are really great ambassadors for the campaign.”

Novoa recently received a package from the University of Texas, El Paso, filled with signatures of campus members who support the campaign.

“I really enjoyed being contacted from a new corner of the country where I didn’t know we had reached,” she said. “Students are learning about the issue and starting their own campus initiatives.”

Yale’s chapter of MEChA, the Chicano Student Movement of Aztlan, also supports the Drop the “I” Word Campaign.

“We are informally pushing for the campaign every time we interact with members of the community,” the 20-year-old said.

Thompson said the term “illegal,” along with “anchor baby” and “alien,” is used by society to degrade immigrants.

“Instead of blaming the individuals and their families, I would turn and look at the system that’s criminalizing them,” she said.

Regardless of immigration reform, different college campuses and media outlets are rejecting the use of the term “illegal.”

Novoa said that at this point the campaign doesn’t really belong to the launching companies.

“We developed the information and the tool kits, but now people are having these debates in journalistic circles and college institutions,” she said. “The campaign kind of belongs to everyone now.”

Previous Post:Gender Wars: Boys Are Stupid
Next Post:Beyond the Glitz and Glam: How To Make It in PR