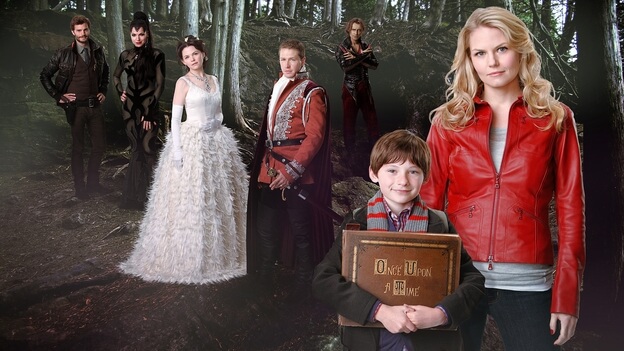 David OliverAug 20, 2011
Home » Latest Posts » I See Dead People … and Fairy Tale Characters
FacebookTweet
This fall, get ready for some twists and turns with new series from ABC, CBS, Fox, NBC and the CW. But will these new show have you hooked by episode two, or leave you hanging out to dry halfway through the pilot? Let’s take a look at six new shows for the fall and talk about what works — and what definitely does not.
Once Upon A Time —ABC
The premise: Fairy tale characters cannot remember their past lives after an evil witch casts a spell that launches them into reality.

Reaction: “It looks like it'd make a great movie, but I'm not so sure how it will play out as a television show. I love the idea that what goes on in the real world correlates to what goes on in the fantasy one. I think that will catch the interest of a lot of viewers, but I'm not so sure about the idea that they're stuck there. Because then the fantasy kind of becomes not relatable and the show becomes almost "supernatural"-esque. I'll watch the pilot for sure, but if I find it too not relatable then I probably wont be hooked to watch more. The fact that its by the creators of Lost is promising though.” — Rachel Matusewicz, George Washington University sophomore
Grimm — NBC
The premise: Also starring fairy tale characters, this serial drama follows a detective who is one of the last “Grimms,” and must stop fairy tale villains from committing their famous crimes.
Reaction: “I think that the concept seems really interesting, but since they decided to incorporate a lot of violence into a theme based in childhood fantasy, I'm not really sure who the target audience is. I don't know if older people will appreciate the fairy tales and whatnot, and I don't think younger people will be able to handle the content.” — Lara Blackman, New York University freshman
New Girl — FOX
The premise: A girl moves in with three “bros” after a recent break-up. The girl is eccentric.
Reaction: “I probably will watch New Girl because I personally love Zooey Deschanel as an actress and think she is very talented and funny. I think it will be a show that a lot of people can relate to and will be able to learn to laugh at themselves through watching it.” — Sara Sciarrino, Ithaca College freshman
Revenge — ABC

Find schools
The premise: A woman moves to The Hamptons to avenge her father’s untimely death when she was a child.
Reaction: “I've seen commercials for this show many times. To be honest, it doesn't seem like a show I'd want to watch, and I don't think it sends out the best message. I don't know anything about the main character form the pilot except that her life revolves around seeking revenge for some sort of tragedy that happened to her family when she was young. When you watch a TV show, you almost become part of the main characters journey, and a quest for revenge is not one I want to become a part of.” — Chelsea Boyd, New York University sophomore
Awake — NBC
The premise: You’ll recognize Jason Isaacs, the series star, from the Harry Potter movies (he played Lucius Malfoy). After a car accident, Isaacs’ Michael begins to live in two realities: one where his son survived and his wife died, and the other the opposite.
Reaction: “The preview to the show was very interesting. I can tell that it's a show that will keep me thinking and wondering what's really going on.” — Julian Rodriguez, The College of New Jersey freshman
Person of Interest — CBS
The premise: A program has been developed to predict future crime victims.
Reaction: “Yeah, this show appears to be strung together from remnants of every show and movie involving vigilante heroes and throws in seemingly sci-fi gadgets like it hasn’t been done before (it has). My problem with the plotis I don’t know if they are aware but it’s unoriginal.” — Madison Cannon, Washington University in St. Louis sophomore
FacebookTweet
Life