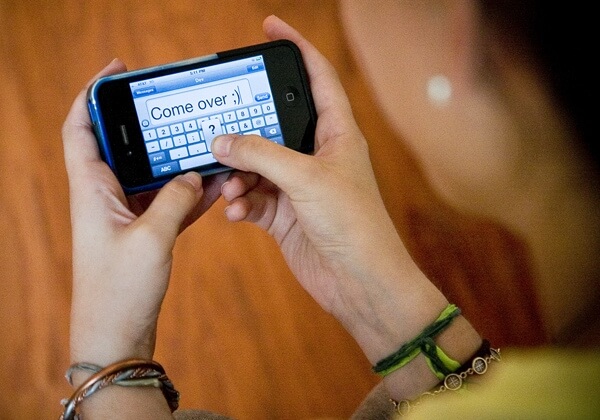 How to Tell if You’re Just a Booty Call

In college, hookups are as common as classes and…well, more hookups. However, between texting, Facebook and blurred, drunken memories–sometimes it is hard to read signals. CM has a few tips on telling whether you’ve found a potential fling or just a boo-boo-booty call.

You only receive texts or calls after 10p.m.

Booty calls rarely occur in the daytime. If you don’t hear from someone all day and suddenly, way after dinner time, they are asking you what you are doing–then chances are, they are just looking for a little late night booty.

You haven’t talked about anything serious

If you’ve seen someone naked, yet you still don’t even know what his or her major is, then you should know it’s nothing serious. If someone is interested in you, they won’t just be interested in hooking up; they will be willing to talk to you and especially, to listen to you.

Plans are never made in advance

Booty calls usually occur spontaneously, like when another friend cancels plans. Hook-ups with booty calls often are because of boredom. Booty calls will never hit you up more than an hour before they want to get together, unless of course it is a planned booty call. But most likely, if you get a text that says something like, “Hey what are you doing around 2 a.m. tonight?” they probably aren’t just coming over to watch bad TV and share a midnight snack.

They probably don’t want their friends to know about you, or they might even have a boyfriend or girlfriend that you don’t know about. So if every time you get together, you guys go to your place or if for some reason they don’t seem to own light bulbs when you are over, you are probably a booty secret.

He or she is drunk when you see them

Alcohol is definitely an aphrodisiac and a main ingredient in booty calls. If the only time you are asked to get together is after he or she has had a few drinks, then you are the night cap.