How to Survive the Friend Zone

There’s no getting around it: being in the friend zone sucks. And trust me, I’ve had my fair share of those uncomfortable experiences. When I really like someone, I try to be as nice as possible to him. In the process, I allow myself to be his crutch, his crying shoulder, his Dr. Phil and put myself into a position of therapist rather than companion. The situation is so frustrating because I’ve just been friend-zoned due to my own encouragement. Most people have experienced this once or twice (or three or four) times and are faced with some difficult choices to make about the friendship. So, at what point, if any, do you make a polite exit?

If you like someone enough to become his or her closet confidant, then you probably wouldn’t want the person to suddenly disappear from your life. That would leave both parties feeling upset and incomplete. It might be easier to separate yourself for a few days, week or months to soften the blow. This way you don’t have to see your crush dangling someone else.

But if you don’t think you can be just friends, take it from me…it might actually be better to say your final farewell to the person who put you in the zone. Right now it might seem like the end of the world, but as time goes on you’ll probably start to wonder what you even saw in the person to begin with. Cutting someone out of your life completely can give you clarity when examining your love life. 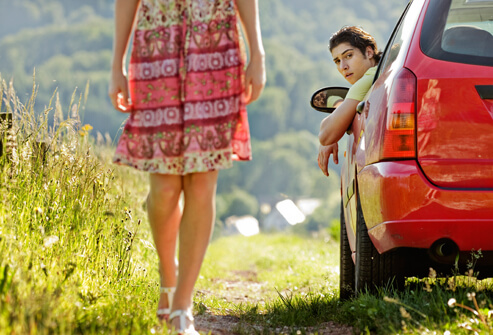 Show him what he’s missing

Let’s face it. Sometimes it just feels good to have an I-told-you-so moment. If you’ve been friend zoned, there’s nothing better than making him want you as something more. After you’ve been friends for a while, you can show him what he’s missing. Maybe that means telling him about your recent hook ups or maybe just dressing a little sexier when you’re around him . Make him realize that writing you off was a mistake and now he has to suffer. 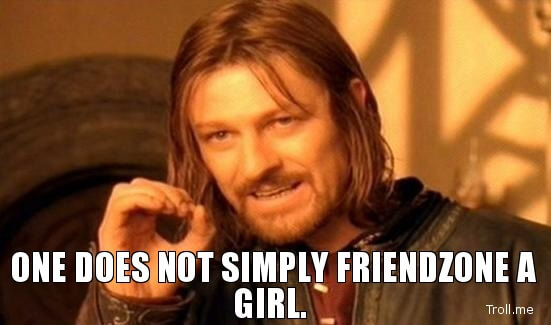 He probably doesn’t realize how much time and effort you actually devote to him so maybe it’s time to show him how much he relies on you…by not letting him do it anymore. Without warning, stop making yourself available and giving him a space to come and vent to. When he tries to call, don’t answer. When he asks to hang out, say you’re busy. He’ll soon notice how much better it was to have you around and maybe come to his senses about the friend zone decision.

There are several different ways to approach the friend zone, but the most important thing to remember is that sometimes it will be fine. It might actually turn out to be a good thing and lead you to the right person who won’t overlook you. The way I see it is you ultimately have two choices — you could suck it up and decide if and how to continue the friendship or you could attempt to change his mind. Choose wisely and don’t be quick to end a great friendship – just because he wasn’t into you as more than a friend doesn’t make him evil, it just makes him honest. Whatever you choose, good luck getting out of the zone.