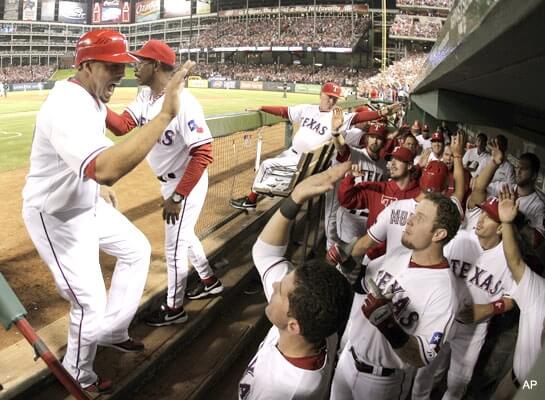 How the Rangers Will Win the World Series

After a tumultuous first few weeks of the postseason, it is finally time for the Fall Classic to begin. This year’s World Series has the American League Champion Texas Rangers facing off against the National League’s St. Louis Cardinals. This is the second year in a row that the Rangers will be representing the AL in the Series. Last year, the Giants nearly swept them, but Texas hopes to change their World Series fortune. So what do the Rangers need to do to finally get that ring? It all comes down to pitching.

Last year, the Rangers made arguably the best midseason move in their acquisition of Cliff Lee. This immediately boosted their pitching staff up to one of the tops in the Majors. Lee was the sure-fire ace for the Rangers’ staff and they rode his left arm all the way into October. This offseason, Lee signed with the Phillies leaving C.J. Wilson, another lefty, to be the best pitcher in the rotation.

If the Series goes seven games, we may see Wilson three times. But, as most series do not get to the all-important seventh game, it’s more likely we’ll see him twice.

So what about the rest of the staff? Righty Colby Lewis and lefty Derek Holland are the teams’ next best options. While Wilson may be able to keep up with Cards’ ace Chris Carpenter, it will be up to Lewis and Holland to fill the gaps. The Cardinals duo of Kyle Lohse and Edwin Jackson is quite formidable on the hill, and this series may very well come down to how the second-best starter for each team performs.

There is another aspect to the game of baseball that needs to be taken into account, and that is, of course, the offense. The Rangers have one of the best offenses in baseball. The list of really good hitters for the Rangers goes on and on: Josh Hamilton, Nelson Cruz, Ian Kinsler, Michael Young and Adrian Beltre. Too bad the Rangers’ lineup will have to contend with the likes of Albert Pujols, Lance “The Big Puma” Berkman, Matt Holliday and the hottest hitter in the postseason, David Freese, who hit over .500 in the NLCS.

Similar to pitching, the offensive battle will come down to the bottom of the order in the series. We know what we are going to get from Hamilton and Pujols, but how about Mike Napoli or Nick Punto?

For a team like the Rangers who have plenty of talent whether it’s offense, defense or pitching, it all comes down to the role players. Who will do the little things right to get a ring? We will find out in just a matter of days.

Previous Post:Gosling For President
Next Post:Portugal. The Man Has Got It All