How Are You Celebrating Halloween?

Chas GuyOct 31, 2011
Home » Latest Posts » How Are You Celebrating Halloween?
FacebookTweet
The most blessed holiday of the year is finally upon us. Yes, I am talking about Halloween. Well maybe it’s not the most blessed holiday of the year, but it is still pretty damn fun. It is the one time of the year where you can actually listen to that silly advice your parents gave you when you were growing up: “You can be anything you want to be.” Sure, that is true to a certain extent, but today you actually can!
Check out below what some students are getting into on this magical and mischievous night:

“I'm definitely going to some Halloween parties. Besides that, I'm not sure. A lot of kids at Emerson end up going trick-or-treating on Beacon Hill, which is one of the ritzier neighborhoods in Boston. I'm not quite candy-obsessed enough to be outside trick-or-treating in New England weather though, so I probably will not be joining in on that particular festivity.” –Carly Loman, Sophomore, Emerson College

“Go to Rocky Horror Picture Show in drag, camp out behind people's houses and scare them through their windows and dress up with my floor to recreate all the Sailor Moon characters (I would be sailor Venus, of course).” – Michael Nguyen-Mason, Freshman, UC Berkley

“Frankly, I have no idea what I'm doing for Halloween. Probably something unoriginal like pre-gaming and hitting a frat party, but I know what I’d like to do! Catapult pumpkins off the roof of my dorm, dress up like Santa Claus and throw lumps of coal at people who don't give me candy, or dress up like a zombie, hide in the bushes, and jump out at people while screaming ‘brains.’” – Emilia McManus, Freshman, Dickenson College 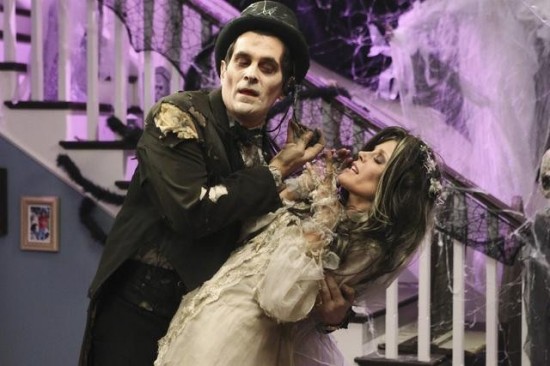 “I know I'm dressing up as a Viking, but honestly I'll probably end up at an overcrowded party with random people I don't know. I will then get bored and end up back in my dorm, getting a slice of pizza and watching Modern Family…” – Mare Lewicki, Sophomore, Emerson College

“Well I plan on going to the UFL v. GA football game that weekend. It’s the biggest college tailgate of the year. And after I will probably go to some Halloween parties.” – Stephanie Farina, Senior, University of Florida

Find schools
Whatever you decide to do tonight, just remember to be safe and not eat any already-opened candy!
Photo: Ed Bierman at flickr.com
FacebookTweet
Life Party