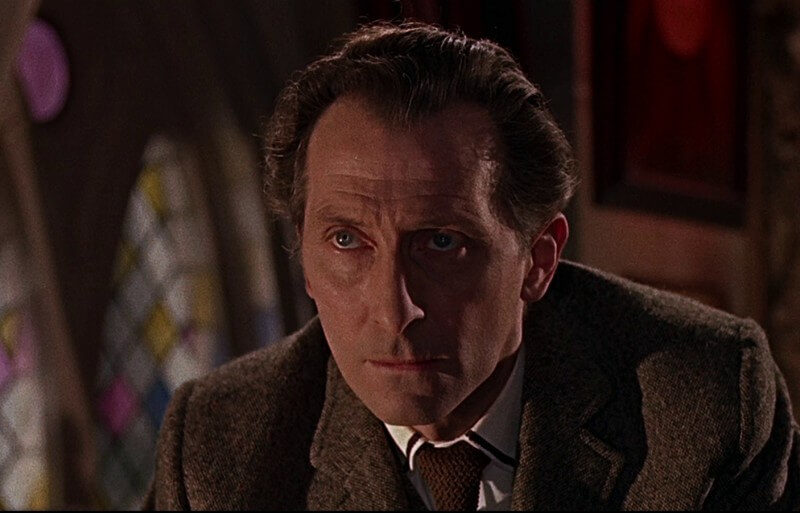 If Horror Movie Characters Were Professors

Professors come in all shapes and sizes, from brilliant people with weird tastes in clothing to sadists who seem to take pleasure in watching the hope fade from their students’ eyes as they read the first question of that midterm. Usually, you’ll end up with a person who is passionate about knowledge and wants nothing more than to pass their own onto willing young minds. But every once in a while, you’ll come across that eccentric professor who seems like he learned his people-skills from studying horror films. But what would happen if horror movie characters were professors themselves?

With a particular proclivity for synthesizing crystalline alkaloids, Norman Bates is a tenured professor of organic chemistry. He’s especially adept at synthesizing the perfect Strychnine pesticide, which he uses to kill off the occasional pest, rodent or slacking student. Professor Bates is a pretty quiet guy, if a little awkward. If you can get past all the framed pictures of his mother in his office (he just wants to keep her close, after all), he’s actually really helpful in office hours. When he’s not lecturing, he likes to hang around the emergency showers in the chemistry lab.

Professor Talbot knows the relationship between humans and animals better than he knows his own name. He’s particularly proficient in the philosophical aspects of his field, like considering animals as beings-in-themselves. He’s the professor that students crush on (maybe it’s his luscious locks or the fact that he’s always quoting Shakespeare), but they’ll never get anywhere. He’s got a thing for his brother’s girl. Other than an odd tendency to cancel class around the full moon and a bite that’s worse than his bark, Professor T is an all-around swell guy.

Professor Lecter is one of the most terrifying professors on campus. Theatrical and brilliant, his methods are unorthodox and his exams eat you alive. But he’s extremely helpful in his office hours (which always feature fava beans and Chianti, how classy is that?) and really helps you to work through problems on your own. He’s a superb lecturer, but his students live in terror that he’ll call on them to participate in class discussions. After all, you don’t want Hannibal Lecter inside your head.

This guy has rather eccentric taste (pun intended), but basically keeps his designs as natural as possible. Nothing says feng shui like a nice human skull or scapula on the wall, after all. Though he tends to let his students walk all over him, he’s pretty good at his job and likes to pass on his hard-earned wisdom (for instance, human skin is better than leather for upholstery; much softer).

On tenure for, like, ever, Professor Dracula specializes in Romanian history and alchemy. But he knows literally everything, and he’s really charismatic about his field. He’s really been there, ya know? If you can get past his odd accent and tear your eyes away from his three drop-dead gorgeous TAs, you’ll find yourself totally enthralled by his hypnotic lectures. Other than his explosive rage whenever someone mentions Twilight and the weird red stains that occasionally grace his lapel, Professor Drac is one of the coolest bats–er, cats–on campus.

Professor Morgan has a weird obsession with biopics. She even made her own. About herself. And that’s all she teaches. She’s a harsh grader, but with solid analysis you might survive the class (pro-tip, she’s a big fan of plagiarism; like literally just copy her work). Fair warning: There’s a paper or project due every seven days, and she’s not one for giving extensions.

Veterinary Sciences was all fun and games when the course material was just looking at cute pictures of puppies and kittens and their various infectious diseases in a textbook. But then a TA brought in her St. Bernard for a little hands-on experience, and things took a turn for the rabid. Most students have since switched majors.

Professor Torrance is the literature prof in frayed Harris Tweed who perpetually smells like stale bourbon. He loves to write but couldn’t care less about teaching, so he cancels class whenever it snows so he can hole up and work on his latest writing project. Don’t get excited, he still assigns homework. He gets a bit annoyed when students flood his office hours, too, and has a tendency to ignore the doorknob when he’s trying to get into the office. All work and no play makes Jack a pretty bad professor.

Although he’s socially awkward and got way too excited about The Human Centipede back in 2009, Professor F. is a sensitive guy who’ll bend over backward to help struggling students. He’s a big fan of experimental research and your average late-night grave robbery (extra credit, anyone?), and he goes only by Professor F. because no one can ever get his name right.

No one’s told Professor Krueger that fedoras are out or that his long nails are gnarly AF, but he makes up for in intelligence what he lacks in fashion sense. He knows the mind inside and out. It’s like a second home to him. You’ll learn a ton, but his midterms will haunt your dreams and his assignments are total nightmares. What’s more, the guy only offers 8 a.m. classes. It’s like he wants you to sleep through them.

This guy is an idealist. Professor Kramer is all about making the world a better place, and he likes using his students to do it. He offers a special internship program for students to work more closely with him. The rigorous application process is a total pain (he really loves trick questions and complicated puzzles), but if you can survive the extra work and come out of the internship in one piece, you’ll be better for it. Scholarships are a must, however: The program costs an arm and a leg.

An actuary through and through, Professor Myers employs his discipline to assess the risk in insurance, finance, and the occasional grisly murder. Much like his subject, Professor Myers has been described as an unstoppable force of “pure evil.” RateMyProfessors just can’t capture how much this guy sucks. He takes special care to make his lecture readings and exams as challenging as possible and would sooner take six bullets and fall off a balcony than show up to office hours.

Previous Post:It’s Alive! When Stress Turns into an Exam Phobia
Next Post:Top 10 Most Haunted Colleges