In an age when Miley Cyrus making out with sledgehammers makes the figurative front page of the music scene, you have to listen closely for the little voices out there singing and doing big things. One of these voices is Holley Maher, independent singer-songwriter and all around Renaissance woman. Armed with a quirky voice, feel-good melodies and a degree in commercial vocal performance (which is, as she puts it: â€œa very confusingly named major that does not mean singing jingles.â€), Maher is taking on the music world independently, one EP at a time.

Even over the phone, her breezy personality comes wafting into the room, smelling of warm berries and watercolor paint. Maher puts you immediately at ease with her light, expressive voice and sincere humility, gasping and giggling with gratitude when I tell her Iâ€™ve listened to her latest project more than 50 times in five days.

The indie artist hails from New Jersey (â€œItâ€™s actually quite beautiful, despite what people have to say about it.â€) but has put down her roots in Nashville, Tennessee after attending college there at Belmont University.

â€œI guess Iâ€™ve been out of college forâ€¦um, when did I graduate?â€ She laughs then remembers: â€œ2009. I started out playing a few showsâ€¦found my producer maybe a year after I graduated, so I guess Iâ€™ve been at it, you know, for real, without any books or anything to keep me busy, for maybe three or four years. But I went to college for music so I guess if you count all that weâ€™re talking eight or so years.â€

In those eight years, Maher has proven herself as an artist in the truest sense of the term, working tirelessly to write songs for herself and others, starting her own graphic design studio, H. Maher Creative, and putting out three EPs, the most recent being Euphorics.

When asked about the title, she explains: â€œI have sort of a running list of made up words just floating around in my head for whatever reason. Euphorics is one of those words. I think of it as, sort of like, the science of happiness. Learning that happiness isnâ€™t something that just comes or happens to you, itâ€™s something you reach for and make happen for yourself sometimes.â€

She certainly seems to be reaching for it relentlessly, and in turn, puts happiness a little closer to the outstretched hands of her listeners with these five new songs. It is hard not to be instantly charmed by her marriage of a coffee shop singer-songwriter vibe with just the right amount of electronic influence. Thereâ€™s no denying it: these songs just feel good.Â

This refreshing style is something new for Maher, a traditionally acoustic artist. But sheâ€™s not the type to just stick with the same old thing.

â€œEach of the three EPs are very different, but that was very purposeful. I donâ€™t ever want to do the same thing twice. I had a fair amount of success, especially for an independent artist, with my first EP. It allowed me to quit my day job, which is outrageous. Like, Iâ€™m so incredibly dumbfounded. I love the sound of that EP and Iâ€™m still very proud of that project, but to turn around and do the same thing again just because I know it worked would not feel right to me in any way.â€

Although Maher is now able to do music full time, there are still struggles to be had. â€œIâ€™m a totally DIY artist,â€ she tells me. â€œWhich, in ways, is really fantastic and super freeing and allows me to do whatever I want, but also makes [things like] touring incredibly difficult.â€ Another difficulty is the cost of a full album, so Maher turns to EPs so that she can release new music more frequently.

â€œIâ€™m such a little artist out there in the world of artists, so putting out things on a regular basis is something I hope that the people that are listening are excited about and will keep people interested until I have some kind of grand project to unveil at some point in my career.â€

With Euphorics, Maher took on something new. â€œWe sort of borrowed electronic ideas and then applied them in an acoustic way, with actual instruments.â€ This is why this project manages to be so different from Maherâ€™s past music without trying be something it is not. In this way, the EP is not so different from Maher herself; curious and simply creative at the core, with talented fingers in every different pot to get a taste, earnestly acting in pursuit of an ever-evolving self. A jack-of-all-trades.

â€œOr I canâ€™t make up my mind,â€ she retorts playfully. Either way you slice it, itâ€™s working.

10 Struggles A Cappella Students Go Through When Prepping for ICCA 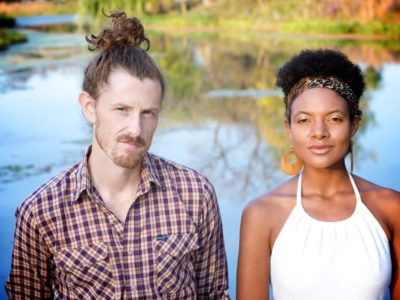