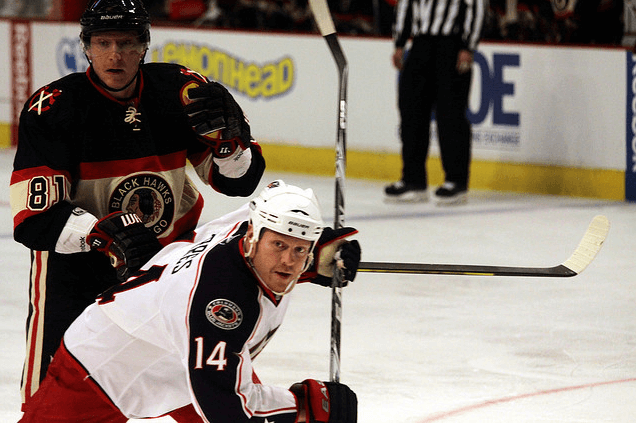 Before a lockout became the NFL’s biggest problem, they had an even greater threat to league security: Pittsburgh Steelers linebacker James Harrison.  During the 2010-2011 season, he was fined a total of $125,000 for what the NFL has been calling “devastating hits.”  They were clearly trying to make an example of him, though these fines only seemed to fuel his competitive fire as well as spark an endless number of debates about what qualifies as a “devastating hit”.

"To really be honest, I don't think it's going to change the way I play the game,” said Harrison in October.  “There's a lot of hoopla going around that I'm a dirty player. I'm not trying to injure anyone. It's a physical game, it's a violent game. You're going to get hurt."

Many players echoed Harrison’s sentiments.  Chicago Bears linebacker Brian Urlacher said the league should “just put flags on everybody.  Let’s make it the NFFL – the National Flag Football League.”  Baltimore Ravens linebacker Ray Lewis said that during a play, “you can’t hesitate about it, you just gotta play it and not worry about what the league is saying.”  Even Houston Texans wide receiver Andre Johnson admitted, “You’ll probably see a lot of players more hesitant before they make their hits.”

Maybe if the league could come up with a concrete definition of a “devastating hit,” this controversy would finally be put to rest.  NFL football operations executive Ray Anderson said the rules are meant to enforce “flagrant and egregious violations of our current rules.”  NFL spokesman Greg Aiello attempted to clarify the new policy: “What we’re focused on is stricter enforcement of the existing rules and elevated levels [of] discipline.”  If the NFL stopped being vague about how they plan to enforce the new rules against hard hits, maybe they could deflect some negative publicity toward another league that is having similar problems with hard hits.

Apparently, Pittsburgh has become the “devastating hit” capitol of the world, and not just in football.  In March, the NHL suspended Pittsburgh Penguin Matt Cooke, a prototypical NFL goon, for the rest of the regular season and the first round of the playoffs for an elbow to the head of New York Rangers defenseman Ryan McDonagh.  A league that is known for violent checking, brutal fights, and toothless players finally decided to protect its players against headshots.

In a smart public relations move, the NHL has been much more clear about its new policies than the NFL.  During the first round playoff series between the Vancouver Canucks and Chicago Blackhawks, Canucks forward Raffi Torres struck Blackhawk defenseman Brent Seabrook with his elbow and, despite a history of illegal hits that included a four-game regular season suspension, was not reprimanded by the league for his actions.  NHL director of hockey operations Colin Campbell ruled that “this hit [met] none of the criteria that would subject Torres to supplemental discipline, including application of Rule 48: he did not charge his opponent or leave his feet to deliver the check.”

They were able to cite a rule AND make a solid argument for not fining Torres?  Roger Goodell, take notes.