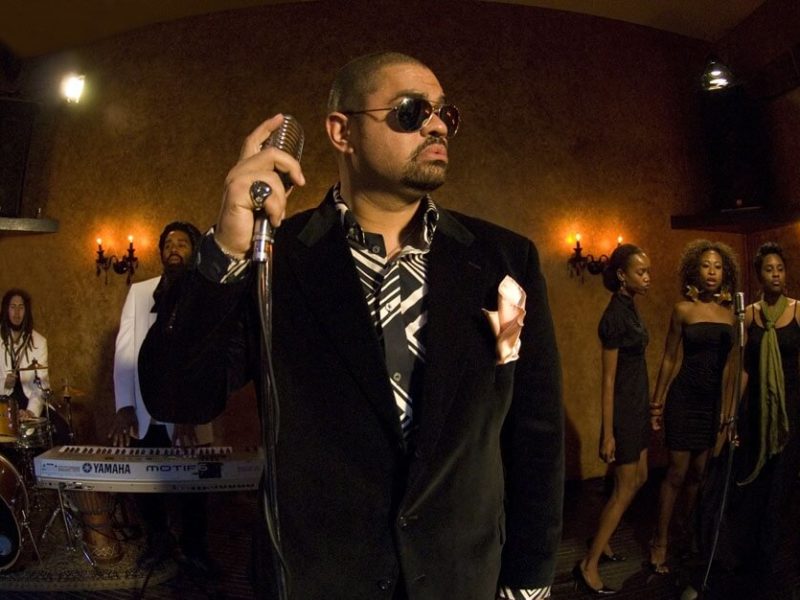 When Heavy D first approached us about his new album Vibes, we were a little skeptical. After all, when Heavy first cracked the Billboard Top 100, the oldest member of our staff was two years old. But then he sent us his new album—for free (check out some tracks below). “Hm,” we thought. “Maybe this guy really does understand the college music fan.” We listened, and we liked. Not only had “Hev” crafted a thoroughly chillable reggae album, but it was unlike anything of his we had heard before. Twenty years after the “The Overweight Lover” entered the world of pop culture, he had thrown caution to the wind and reinvented himself. “I wanted to challenge myself and do things that people won’t expect,” says Heavy. The campus community, we trust, can relate.

Of course, when we interviewed Heavy, he stressed that reggae wasn’t really all that new to him. He pointed to his Jamaican roots, saying that his early music was always influenced by reggae and citing a long list of reggae luminaries he’s worked with before, including Super Cat, Buju Banton, Josey Wales, Barrington Levy and more. And that’s all in addition to two decades inside the music industry as an executive and producer, where he worked with both Janet and Michael Jackson, B.B. King and even introduced a young friend of his named Sean Combs to the business.

“[Diddy] wanted to be in the music business and he was always hounding me, hounding me,” Heavy says. “We’re like brothers, man, we’re tight. But you know what? I’m not at all surprised by where he is, by what he is. He has an amazing, amazing energy. He never surprises me.”

So Heavy not only introduced Diddy to the business, but Heavy knew that he’d succeed. So Heavy’s confident. Very confident. Above all else, he gives the impression that he knows what he’s doing and doesn’t really have the time for those who don’t. He tells this humble interviewer that he should have done more research first, and I do not argue. He tells me he knows – knows ¬– that the reggae community will accept his new entry, and, with a resume like his, I do not argue.

But make no mistake about the kind of change the album represents. It isn’t a gimmick, but rather a firm, conscious decision to do something new after the negativity of producing in the music industry wore him down.

“I was in the position to have to turn down, or you know, reject a lot of people, and that wasn’t me,” Heavy explains. “It got to the point I just didn’t want to do that. And that’s when I realized I was an artist, you know? I’d always much rather cultivate someone than pull the financial strings on someone, but you know, a business is a business and it’s not like that…It got to the point where I wasn’t really myself, [when I] got a little depressed.”

“I woke up one day and was like, I’m a grown man. I don’t have to stop being an artist just because I don’t want to make another hip-hop record…I don’t have to prove anything t

“Yeah, I could probably give you a hot 16 bars,” he continues, “but not a whole album. Where my heart is now, it’s with reggae. I could sit down right now and come up with 45 hip-hop records. But would they be any good? The passion is where I’m doing what I’m doing right now.”

Now, Heavy says, “You might think I’m pregnant I’m smiling so much.”

So listen to the tracks below, and give Hev a shot, if for no other reason than he’d probably give you a shot. The two contemporary artists he mentions when we ask who he likes? Lil Wayne and, of course, the Jonas Brothers.

“I will say this about college, my brother went to college and he’d come back and bring back all of this new stuff, and I was like, man, ‘What is that?’ College is a great springboard for all that exposure, all those experiences and new things. College can actually make an artist just in itself.”

Heavy D’s full album is available now on iTunes, with a traditional release coming in December. After that, he’ll go on tour—a long, laid-back tour thick with college dates, so get ready to welcome the legendary Heavy D onto your campus. Apparently, his college interns love his new album: “[At first], I was trying to figure that out myself. Then, I put one and one together: reggae…and weed. Of course they’ll like it!”

He even promises to bring some of his trademark slick moves on tour, even though they hurt just a little bit more now.

It’s all a long way from the days of the Overweight Lover. But would Heavy go back to the time of “Mr. Big Stuff” and “Now That We Found Love”?

“Not with those outfits.”

Next Post:Feeding the Animals with GIRL TALK