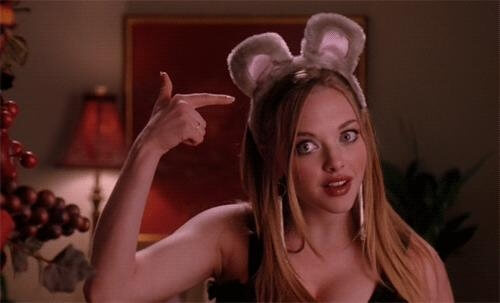 He Likes When I Act Stupid, Right?

Julia BlakeleyJul 19, 2012
Home » Latest Posts » He Likes When I Act Stupid, Right?
FacebookTweet
"I'm kind of psychic; it's like I have a fifth sense," actress Amanda Seyfried confesses to Lindsay Lohan in a scene from the hit movie Mean Girls. "It's like I have ESPN or something."
We all know Seyfried’s role in the movie; she’s the beautiful, ditzy high school student who belongs to the popular clique. This clique, also known as “The Plastics,” gets attention from all the guys and is impervious to the jealousy that surrounds it.
Throughout the movie, we laugh at Karen’s shamelessly dumb comments and airy disposition. However, there may be more to her than initially meets the eye. Is she naturally unintelligent? Perhaps. Or perhaps she is simply playing the ditzy girl role to attract guys.

According to Dr. Christyn Nelson, a life coach in Newport Beach California, the constantly increasing number of female students on college campuses is leading to unusual dating tactics, including playing dumb. This increase of “female competition,” paired with the fact that many young adults have low self-esteem, drives women to use the “dumb girl” routine and other gimmicks in order to secure dates. “Women try to 'dumb down' their persona, thinking that this will attract men,” says Nelson. “But wait… who wants a partner that you have to hide your true self from?”
George Washington University senior Mark F. thinks that a girl’s attractiveness stems not only from her looks, but from her confidence as well. "Nothing is sexier than just being yourself; factors like a girl’s intelligence should be showcased,” says Mark. The best thing you can bring to a relationship is honesty; acting ditzy might make you seem coy, but it also might make you seem fake and immature.
Both Nelson and Mark point out that girls who are willing to lower their intelligence levels to attract others lack self esteem. “Girls who hide behind multiple fake personas are not genuine, which is a major turnoff for me,” says Mark. "I think the majority of guys feel the same way.” In fact, a woman’s flaws and quirks are often the details that stick out the most.
Sure, playing dumb could be entertaining for a night, but it has serious flaws as a consistent game plan. If you score a date using this act, you have to play dumb each time you see him. Instead of spending the night partaking in playful banter, you have to spend the evening twirling your hair and making stupid comments.
In short, don’t play dumb, because it’s not worth it in the end. Find a guy who is willing to date you for who you are, not for what he wants you to be. Flaunt your smarts; don’t hide them. Why waste your time on someone who isn’t willing to love you for who you are?
FacebookTweet
Life

Previous Post:Top 10 Jobs to Find on Campus
Next Post:What You Didn’t Know About Pandora