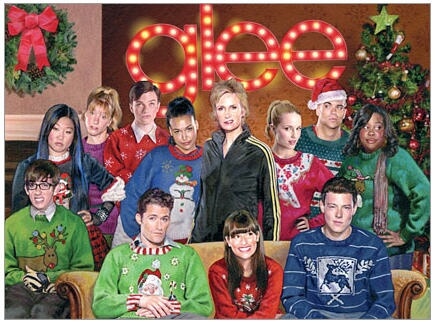 Renee KlahrDec 25, 2011
Home » Latest Posts » Happy Holidays…From Your TV?
FacebookTweet
While fall’s TV hiatus doesn’t begin until January, the month of December can often seem like a preview to this event as virtually every TV show breaks form to feature their holiday-themed episode.
As an inevitable part of the fall lineup, these holiday-themed episodes will often mean a deviation from a show’s normal routine in order to incorporate some classic holiday messages.
This means that your beloved TV characters, whose religion may never have been an object of discussion prior to this event, will somehow be forced to bring their religious affiliations to light for the sake of entertainment.

On television, this usually means that the Christian characters will busy themselves with preparations for Christmas while other characters like the token Jew or Jehovah’s Witness (see: Community) will do so as well.
However, if you look closely, there is a very apparent trend in holiday episodes that can be slightly off-putting. We may have become desensitized to the issue at this point thanks to the proliferation of Christmas in American culture, but it goes without saying that Christmas – above all other holidays – pervades television come December.
Without exception, nearly every holiday-themed episode centers itself on Christmas. Aside from "A Rugrats Chanukah," there has almost never been a television show that’s primary focus was on another holiday.
Reactions to this in the past have ranged from declarations of insensitivity on the part of broadcasting companies to complete indifference. Most, however, find it to be just another facet of the infiltration and commercial dominance of Christmas in America. After all, we live in a primarily Christian country and, if it makes sense to see Christmas ads on television, then it surely isn’t surprising to see this focus on TV shows.
“I think this happens because Christmas is the most commercial holiday and most people perceive it as the most fun or festive one because of traditions like Santa, trees, lights, etc.,” Laura Cohen, a freshman at Syracuse University said.
What has created controversy in the past has not been in regard to the mention of Christmas but rather the lack of acknowledgement for other holidays that fall out around this time.
Yes, most shows will speak about Chanukah or Kwanzaa, but only in passing, which causes them to take second stage to Christmas.
However the alternative to this form of acknowledgement is even worse, as the proxy is that other religious holidays are made into the butt of a lot of the jokes.
“It is hurtful to see the holiday you celebrate become the butt of a joke or completely ignored because it can make you or your religion feel insignificant,” Cohen added.
One of the greatest offenders in this scenario has been the culture-friendly show Glee. Just last week on its holiday episode, the main Jewish character Rachel Berry spent the entire episode fixated on her Christmas list. In fact, her obsessive behavior in this regard was a key plot point for her character in the episode.

Find schools
It wasn’t until the very last moments in the episode that the first mention of Chanukah was heard. Previous holiday episodes have also followed this pattern as many jokes, either to Berry’s face or about the Jewish red-headed character, have been made at their expense.
While everyone’s personal perceptions will differ, it will ultimately be the public’s tolerance for these issues that will dictate the course of future holiday episodes.
“I don’t think it’s right for other religions to be made a mockery of but, personally, the amount of attention I think another religion’s holiday should get will be different than what someone else thinks,” Ray Toto, a freshman at George Mason University said. “The issue is an ethical one and whether it is right or wrong is really up in the air.”
FacebookTweet
Life

Previous Post:Two for One
Next Post:CM’s 2012 New Year’s Resolutions