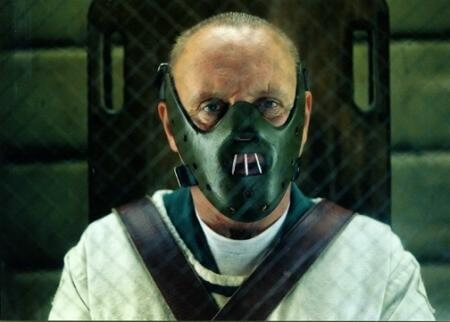 “Is this Clarice? Why hello, Clarice.”

Anthony Hopkins’s bone-chilling voice creepily emphasizing the ending of Clarice Starling’s name is an exciting bone-chiller to any fan of the Hannibal Lector feature films: Hannibal, Red Dragon and Hannibal Rising (though, Hopkins is not in the latter). But now, the renowned cannibalistic psychiatrist will be coming to television, in a drama series.

The French film studio, Gaumont, announced the launch of Gaumont International Television, an independent studio based in Los Angeles, with Katie O’Connell as its CEO, according to Deadline. One of its first projects? A one-hour, six-part drama series written by Bryan Fuller, based on Thomas Harris's famous serial killer. The series is to explore the early relationship between Dr. Lector and Will Graham, the young FBI criminal profiler, played by Edward Norton in Red Dragon.

So how will the TV series compare to the films? Well, as Lector says, “All good things to those who wait.”

GIT will also be taking on a six-hour mini series, entitled Madame Tussaud, written by Michael Hirst (The Tudors) and based on Michelle Moran’s book. Casting for the TV series have not yet been announced.