Here at Notre Dame, the crisp fall air welcomes a myriad of flannel, PSLs and fall dome pics. It provides beautiful scenery and weather, but it’s also a warning of the impending frigid temperatures. Before I came to Notre Dame, I regarded winter with mild hostility. IMO, it served no purpose after Christmas. Now, however, I fear winter with my entire being. A Notre Dame winter is definitely one of the rougher experiences I’ve had in college, but with the right preparation we can all survive.

The temperatures in South Bend are nothing to mess around with. They drop as early as October and stay down until the last few weeks of school. It’s not unreasonable to see an entire week where temperatures are in the teens or below. And when they are up in the 20s and 30s, you can count on the wind chill to put them in their proper single-digit place. Sure the campus is walkable, but the 15 minute jaunts to class become quite the hellish experience.

“The cold never bothered me anyway,” said Cailin Jerger, a sophomore from Illinois. Kudos to her for channeling her inner Elsa.

Did I mention there’s also no sunlight at Notre Dame in the winter? Instead we have the “perma-cloud:” a cloud that covers the whole sky for basically the entire winter. It hangs over campus, creating a dark, dreary cold sure to deter you from leaving your dorm beyond necessity.

I love a nice white Christmas as much as the next person, but after December 25 the snow makes for a very wet, cold winter. Some students like Paula Hastings, a sophomore from Missouri, proclaim their undying love for the stuff. “I can’t wait for it to snow so I can wear my hats and scarves,” Hastings said. Winter accessories are great and all–but last year, from the time I returned from winter break until after March there was a nearly-permanent blanket of snow covering campus.

Even worse is snow before November, which does in fact happen here at Notre Dame. Last year we had a white Halloween. How festive.

When someone suggested I buy a down parka, I laughed. There’s nothing quite as flattering as a long puffy jacket, right? After a month, though, the parka became a staple in my wardrobe. There’s nothing wrong with a little practicality, especially when there are 20 mph gusting winds and 10 inches of snow falling from the sky.

SAD: Seasonal Affective Disorder. Yes, it’s a real thing. Basically, the lack of sunshine at Notre Dame can cause drops in serotonin, a brain chemical that affects mood, or affect other chemicals like melatonin, which disrupts sleep. So yes, winter actually causes depression; it’s not just in your head.  Treatment with Happy Lamps, which mimic the effects of sunlight, is common and available at the counseling center on campus.

6. There still is “the most wonderful time of the year”

I don’t want to completely depress anyone, so I feel like it’s essential to mention Christmas. At a Catholic school, the birth of Jesus Christ is considered a pretty big deal. Campus throws all sorts of events, Main Building puts up a gigantic Christmas tree and class buildings deck the halls (fa la la la la).

Despite the mounds of snow on campus each year, snow days aren’t a thing. If you’re really lucky, your professor lives far away or has a child they have to stay home with–and they might cancel class. Otherwise you better bundle up and brave the weather. Campus usually does a pretty good job of clearing the sidewalks, though I’ve definitely slipped once or twice… or more. In some ways it’s nice to take in a snow-covered campus walking to class, but that doesn’t take away all of the pain.

“The snow is fun until the wind kicks up and it’s blowing in your face and you’re crying by the time you get to DeBart,” said Shannon Kroneberger, a sophomore from Ohio.

Over the six-month winter, your tolerance for cold greatly increases as does your appreciation for warmth. If it’s anywhere near 50 degrees people flood the quads playing Spikeball or tossing around a football. Some guys with a strange sense of temperature will saunter around shirtless when it’s 55 degrees.

Erin Reilly, a sophomore from New Orleans, reminds us that sometimes Mother Nature has a heart.  “I’m just glad El Nino is happening in the four years I’m here.”

9. The Most Epic Snowball Fight of All Time

Another bonus: Every year at the first snowfall, North Quad and South Quad rush outside at midnight to have a campus-wide snowball fight. At this point in the year, snow’s still an exciting phenomenon and there’s no better way to embrace it than a battle of the quads. By the end, you don’t really know who’s on your team, but at some point it doesn’t matter; it’s just one of those Notre Dame traditions you need to experience.

Sometime in April (May if you’re really unlucky), the weather will break for good and winter will be over. For the next couple of weeks you can once again enjoy the outdoors. People resume jogging around the lakes and spending time on the quad. It’s only a brief amount of time before you go home for summer… but then it’s summer, so can you really complain that much? 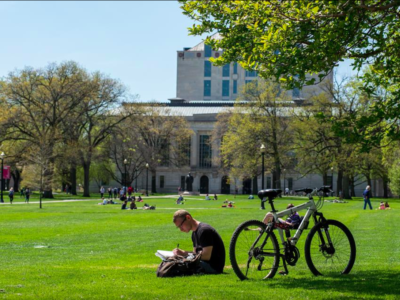 The 10 Most Beautiful Campuses in the Midwest 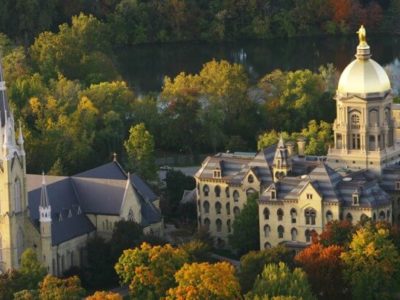 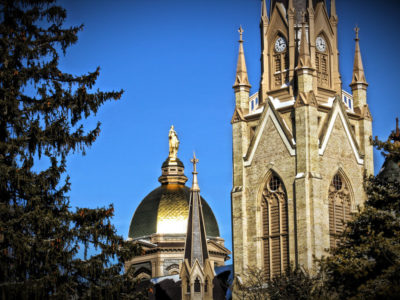 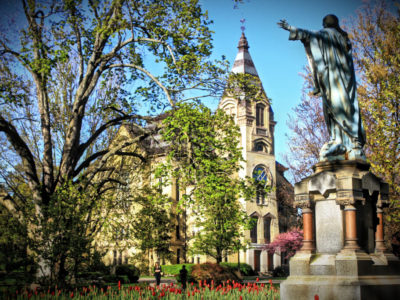 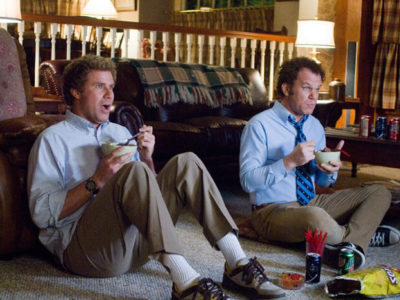 Oh Hell No, She Ate My Leftover Hibachi Again 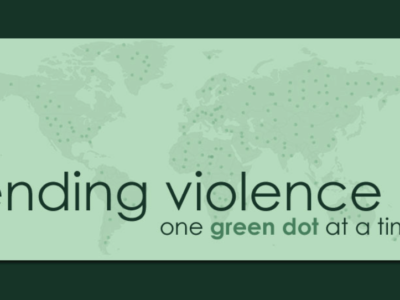 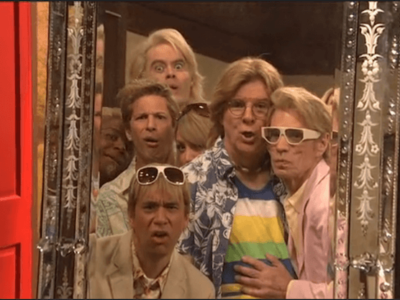 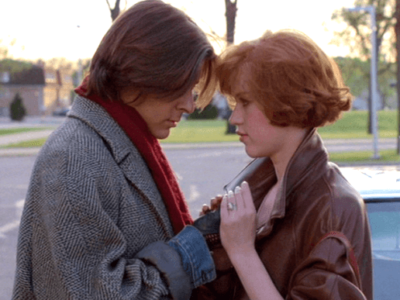 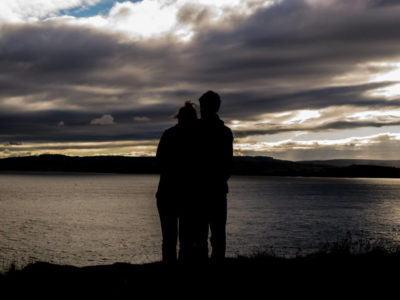 The Truth about Notre Dating

Previous Post:Our Eyes Deceive Us: The Many Perceptions of the Female Figure
Next Post:5 Tips to Becoming a Real-Life Employed Adult