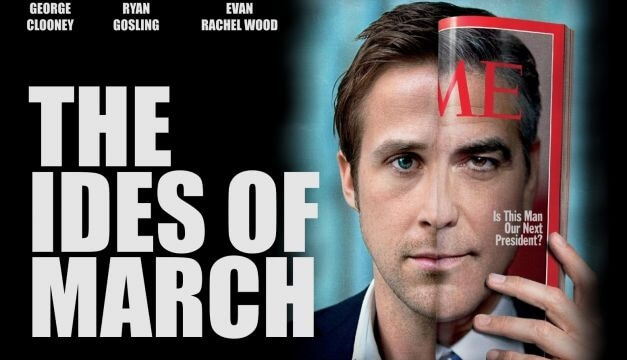 The Ides of March, based on the play Farragut North, follows a Democratic governor and his campaign as he and his team try to win the all-important Ohio Democratic primary. Both the story and the characters embody the struggle between idealism and the dirty reality of politics, and thanks to the superb casting of the film, the actors leave you with the disheartening sense that you just got a look behind the scenes of a real political campaign.

The Ides of March takes the same old bag of political tricks—scandal, corruption, bribery, blackmail—but manages to twist them in a way you never see coming. After the dishonest ride is over, you may wish the film lasted longer, but you’re already dreading the next election season, and the thought of eight years in the White House is unbearable.

“The film is spectacular because it ties modern American politics with deep suspense,” Eric Dixon, Junior philosophy, economics, sociology and global studies major at the University of Tennessee, said.

Rianne Farris, sophomore fine art photography major at Columbia College Chicago, added, “I thought that The Ides of March was an accurate depiction of what really goes on within politics. It was interesting to see that George Clooney's character was really just a ‘face’ and all the real work was orchestrated by his team, especially Ryan Gosling's character.”

George Clooney, who also directed the film, exudes Kennedy charm as Gov. Mike Morris, and perfectly balances the wholesome image of a politician you want to love with the inner sleaze-ball we’ve come to expect. When Morris proclaims that his religion is the U.S. Constitution, you almost believe him.

Evan Rachel Wood plays the mature-beyond-her-years role we’ve seen from her (Running With Scissors, Pretty Persuasion, Thirteen) as Molly Stearns, but she also does a great job at subtly reminding us she’s just a 20-year-old intern. Although her forwardness and sexual prowess make it easy to forget that Stearns is far younger than the men who surround her, Wood injects the character with vulnerable moments that make us remember, as Stearns’ father describes, she’s just a little girl playing in a grownup world.

Although the film is filled with other standout performances (like Philip Seymour Hoffman as Morris’ campaign manager), Ryan Gosling is the true powerhouse as Stephen Myers, Morris’ campaign aide and the brains behind the operation. As Morris’ opponent’s campaign manager describes, Myers is effortless—he exudes something, draws people in—which is a perfect description for Gosling’s depiction of a difficult character.

“[Gosling’s] capacity to make to make the viewer internalize his character's struggles is what takes this film to another level,” Dixon said.

Myers is young but experienced, and starts out thinking that Morris can truly change the lives of Americans. However, he and his idealism quickly fall down the rabbit hole into the worlds of paranoia, big egos and dirty politics. Although Myers initially says that he’ll say or do anything if he really believes in it, he comes to only believe in cynicism.

The reason The Ides of March is so compelling is because it feels all too real. By the end of the film, the viewer has no doubt that jaded Myers is well groomed for a long career in politics. And it only took selling his soul to get there.

Previous Post:The Wonder Years
Next Post:How the Rangers Will Win the World Series