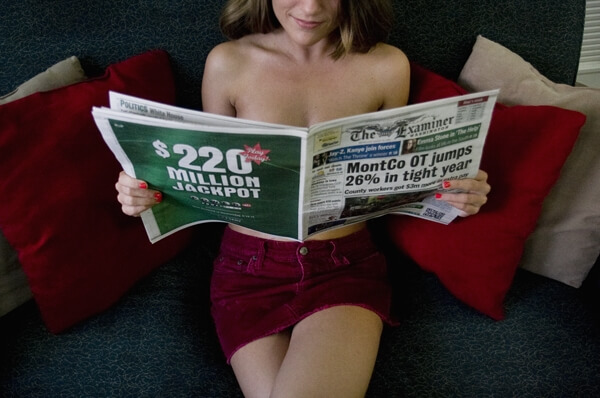 This Sunday, women in nine cities will be walking around bare-chested for equal rights.

“It is a day of protest where women (and men) across the USA claim women's constitutional right to go topless in public on the basis of gender equality,” said Nadine Gary, President of Gotopless.org.

National Go Topless Day was created by GoTopless.org, a U.S.-based organization that was founded in 2007. The fourth annual event will take place on August 21 this year, and students are strongly encouraged to get involved. “College students [and] young people are the base of social change!” said Gary. “They are without a doubt the best to lead these protests for women's bodily freedom.”

The event aims to raise public awareness and “help to change the stigma that Americans have been raised to think the human body is dirty in some way when it is naked,” said Donna Newman, participant and organizer of the Miami event.

Students can participate in any of the following nine cities: Austin, TX; Asheville, NC; Chicago, IL; Honolulu, HI; Los Angeles, CA; Miami Beach, FL; New York City, NY; Portland, OR; and Washington DC. There will also be a Canadian Go Topless Day on August 28 in both Toronto and Vancouver.

During the events, girls can either go completely topless, wear something to cover their nipple-area, or come fully-clothed just to show support. Guys are also encouraged to come, wearing bikini tops or bras because, “either we can all be topless or no one can,” according to the organization.

“Our movement is not about making women go topless, but about giving them this constitutional option,” said Gary.

Topless equality has already been established in a few cities and localities. However, even where it is legal, police might still arrest those practicing for disorderly conduct or similar charges. One New York woman sued over exercising this right in 2007 and won $29,000 in court.

Gary explained, “The U.S. is very Puritanical in its views on sexuality; so much so that anything to do with women's breasts is considered sexual[…]We demand complete and official constitutional topless gender equality rights.”

For all information on National Go Topless Day and to sign their petition, visit www.gotopless.org.